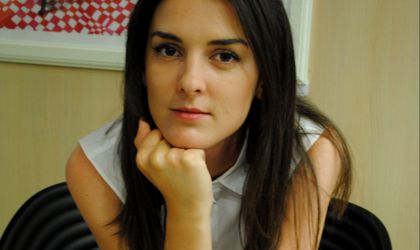 Ioana Filip began her career in advertising in 2006 and in 2011 joined the creative team of McCann Bucharest, working on some of the biggest brands on the local market, such as Vodafone, Coca-Cola and Unicredit. In 2013 Filip was appointed creative director for McCann Bucharest for all brands of Coca-Cola Romania.

She has won three Cannes Lions awards with the Digital library campaign designed for Vodafone Romania and other prizes in international festivals such as Eurobest, Golden Drum, Webby Awards, Effie Awards. She was also a member of the New York Festivals jury in 2013, was the first Romanian in the Clio Awards jury in 2014 and the only Romanian speaker at Eurobest in the same year, while in 2015 she juried AdStar.

“The market for digital evolved enormously in recent years, but many of the creative departments have remained fragmented. ATL knows ATL, digital knows digital. But we already talk of branded content, digital storytelling, digital utilities, ideas that cannot be attributed only to a creative department or another. And for that you need a truly integrated team of people with background in both digital and integrated campaigns. At MRM//McCann we have that, so I was very enthusiastic to accept the proposal to build even more with this team. McCann was for me the best school for integrated campaigns. MRM was for me the best source of inspiration for digital innovation. So, with the move to MRM, I intend for it to be truly the first agency of integrated innovation. An agency where ideas start in digital, but can go anywhere,” said Ioana Filip.