Invitation to the exhibition “The Young and the Ruthless” 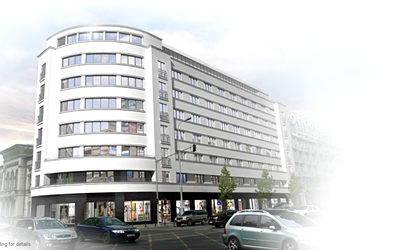 The Young and the Ruthless project occasions the first-time showcasing of individual artists Bogdan Alexandru and Razvan Nastase. “The memory of our first solo follows us our whole life. It either gives us a sweet, melancholy feeling, or we shake it off shamefacedly. But, however one may relate to it, it remains our first – our first face-off with an audience that either grows with you or has seen it all and whose verdict will either add your name to the table of honor, or will shove it in the mediocre drawer. Or, even more momentously, it will give you to understand that you mean nothing, which will probably lay down the premise for a spectacular success in your near future”, argues the organizers of the exhibition.

In partnership with Magheru One, The Young and the Ruthless is Ephemair Association’s second program tailored for NAG Pop Up Gallery, following on 25 Years After program. The opening will be on March 3, at 19.00. On show from March 4 to march 17, opening hours Friday – Saturday, 11 am – 7 pm; by appointment only for the rest of the weekdays by email atnoaptealba@gmail.com or private message to White Night of the Galleries’ Facebook page.