Interview: A new cultural bridge between Romania and the Netherlands 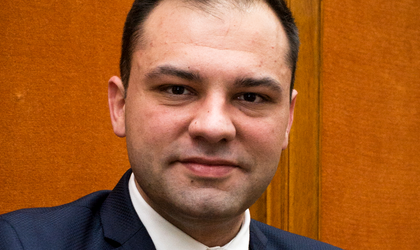 Last month, a new cultural center opened in Cluj-Napoca, the Dutch Cultural and Academic Centre. BR talked with Mihnea Stoica, the director of the center, to find out the similarities between the two cultures and the importance of such a place in the heart of the country.

What is the main objective of the Dutch Cultural and Academic Centre in Cluj?

Since all our objectives derive from it, I would firstly like to refer to the mission of the Dutch Centre in Cluj. We seek to build stronger connections between Romania and The Netherlands and to contribute as much as possible to the deepening of the intercultural dialogue between the two countries. This is also in accordance with the greater mission of the higher educational institution which we are a part of, namely the Babeș-Bolyai University. Therefore, our main objective is not only to promote the image of The Netherlands in Romania and vice-versa, but also to encourage the collaboration between the two countries in various fields, especially in culture, research and education, in the broadest possible sense. And I am absolutely confident that our activity will show how positive the effects of such collaborations are. We are focusing on organizing a series of cultural events, but we also want to provide research support for Dutch companies that intend to invest in our country or that are already established investors. I like to see the Dutch Centre in Cluj as a frame for dialogue, having resulted naturally by the growth of the Dutch business community in the region and by the strengthening of the diplomatic ties through the Dutch Consulate in Cluj.

Could you give us an overview about the financial impact that the Dutch community has it in Romania?

For quite a number of years now, The Netherlands has been the biggest foreign investor in Romania. Statistics show that over 20 per cent of all direct investments in Romania are of Dutch capital. There are about 4000 Dutch companies in our country, so I believe these figures can give us an image about how attractive Romania is for The Netherlands, at least in economic terms. Moreover, we should not overlook the other positive effects that the collaboration between Romania and The Netherlands has had over the years, which definitely goes beyond the economic factor. Even during communism, we know very well how much the Dutch Embassy supported oppressed artists to express themselves, by helping them publish their work – forbidden in Romania – in The Netherlands. The famous case of poet Mircea Dinescu is the first one that comes to my mind. And after the fall of communism, The Netherlands has continuously brought about and supported much of the progressive issues on the public agenda in our country and has been a firm supporter of the fight against corruption. So there is a clear positive impact in a variety of fields.

How did the Dutch community find this project?

We received the most positive feedback from all members of the Dutch community who we approached with this project. As mentioned before, I believe the Cultural and Academic Centre only came as a natural step in representing the Dutch community in Romania, and it has therefore been viewed with great interest ever since the beginning. I think it was received so well because it brings together all three crucial elements for such a project, having been developed with the support of the Dutch diplomatic representation in Romania, the Dutch business sector and the academic community. All three were of major importance for initiating this project and I am very thankful to all those who have directly or indirectly contributed to our first steps. The opening event was a major success, having been attended by many Dutch people living in the area. There were also participants who came from the Netherlands especially for the opening event. All in all, we had more than 100 people at the opening ceremony, which – I have to confess – was more than I expected. This confirmed that the expectations of those interested in our activities are high, which gives us no option but to live up to them.

What are the center’s activities?

Besides organizing activities that promote Dutch culture, the center also intends to cover academic research activities in areas of interest for both parties. That is what I believe, on the whole, takes our activity further than a traditional cultural center. Basically, the activities of the Dutch Center will be divided into two large categories: cultural activities on one side and applied research on the other, both with a strong joint Dutch-Romanian character. We are also open to offer consultancy services and expertise, providing research-based insights for our Dutch partners about a variety of aspects related to life in Romania: social, political, economical issues etc. We intend to organize and promote scientific and value-added conferences, workshops, public trainings, summer schools and specialized cultural courses. The Netherlands is renowned for its top research in Europe and in the world, and our center aims at bring together Romanian and Dutch know-how in various fields.

What kind of partnerships, networks and international collaborations are you currently developing?

We are deeply honored to have on our side the most important institutions that offered their support in pursuing this project and making it possible to take it all the way from a concept  to reality. Our first discussions were with the Embassy of The Netherlands in Bucharest through the Consulate of The Netherlands in Cluj. We had the honor of having Her Excellency, Ms. Stella Ronner-Grubačić, the Ambassador of the Netherlands to Romania, as a main guest and speaker at the opening ceremony. We benefited from an enormous support from His Excellency, Mr. Wouter Reijers, Honorary Consul of the Netherlands to Cluj, who was very open towards the idea from the very beginning and who was always available for us with advice and contacts. The door of the Babeș-Bolyai University was also always open for us, the support of Acad. Prof. Ioan-Aurel Pop, Rector of the University and of Prof. Ioan Bolovan, Vice-Rector, having been crucial. The center works under the authority of the Faculty of Political, Administrative and Communication Sciences, and in this sense Prof. Călin Hințea, Dean of the Faculty and Prof. Ioan Hosu, Director of the Communication Department, were amongst the first supporters of the project and believed in its potential. We also closely collaborate with Dutch academics, Prof. André Krouwel from Vrije Universiteit Amsterdam, being our first connection with The Netherlands on the research dimension. Moreover, there is also an important business network that is financing the activities of our center. The Dutch Business Club in Cluj is our main sponsor, together with Reijers Consulting, Ecolor and Techo, all of them important companies in the region. So I would say we have all the ingredients for success in the long run.

In your opinion, what are the similarities between the two cultures?

From my experience, I would say innovation is the main common trait of the two cultures, with the observation that maybe the Dutch are more aware of their potential and of the importance of innovation. But I think that in Romania this is also becoming more of an issue than it was a few years ago. Moreover, ever since both countries have been members of the same institutional framework, the European Union, we share quite a lot of expectations in terms of future development for our countries and for Europe in general – which is also part of one’s culture. However, I think that what in such collaborations it’s the differences that characterize two cultures, elements which can come together complementarily that are most beautiful. Through our activities, we would like to stress the importance of active citizenship, which is a main characteristic of the Dutch culture. Living there has made me understand that being involved in your community is very important. And I know that other colleagues of mine, who have studied there and came back to Romania, share this opinion. We also want to tackle issues related to inequalities and discrimination. The environment is another important issue, which is so much cherished in the Netherlands. So I think that creating a bridge that connects the two is a perfect way of making the most out of both the similarities and the differences between the cultures.

With what does the Netherlands contribute to the European cultural diversity?

Ever since I first stepped in the Netherlands, I understood that “unity in diversity” is not just a slogan, but it is an every day reality. There are people from so many different countries living there, which I believe says a lot about the Dutch and how much they cherish diversity. The Netherlands is well known for its openness and tolerance, as well as for appreciating creativity. Think about art, architecture, business, research… and examples can go on and on. In fact, it is quite difficult to think of a domain in which Dutch creativity has not had a positive impact. And I am confident this is a direct result of the fact that the Dutch have always encouraged diversity, which can bring about wonderful results. Of course, this reverberates on a European level as well. Let’s not forget that the Netherlands was one of the first countries to pave the way for the founding of the European Union. Ever since, it greatly contributed to encouraging cultural diversity and dialogue in Europe, and this can be easily observed.

How would you define the cultural life of Cluj-Napoca? And the academic life?

Cluj-Napoca offers a very vibrant cultural life. The city itself is charged with such a great historical heritage that it offers the appropriate environment for cultural events to constantly flourish. Nevertheless, given its very young and fresh vibe maintained especially by the students, it is in permanent contact with the new tendencies, harmoniously blending them with the old traditions and heritage. The city is renown in Europe for its academic life. There are currently four state universities and several private ones in Cluj-Napoca. Babes-Bolyai University is the largest university in Romania and has a number of 21 faculties that cover all specializations, being regarded as the best university in the country. Therefore, I think it is very important for Cluj to keep its cultural infrastructure up-to-date with the rapid evolutions that it is facing. All in all, the rich cultural and academic realm, which the city represents, is crucial for our activities and we are very proud to now be part of it.