Internet is no longer only media channel, but a necessity, says BRAT 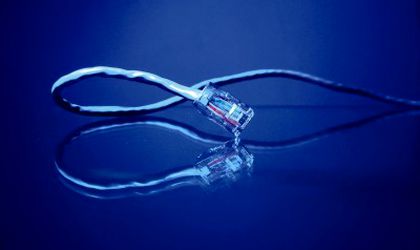 95 percent of urban youth (14-24 years old) use the Internet, according to a study by the Romanian Transmedia Audit Bureau (BRAT), with the share growing to 98 percent in Bucharest and larger cities across country. When looking at youth aged 14 only, the numbers are still high, at 89 percent, the research further shows. Youth from the rural medium are a bit behind, at 82 percent, though the fast growing coverage rate leads experts to believe numbers will come to be equal soon.

With the Internet serving as a source of information, communication, entertainment, education, acquisitions and selling, job hunting and so on, it is quickly turning into a necessity rather than just another media channel.

Nationally, there are 8.8 million users, of which 6.5 million access the online every day. In urban areas, Internet consumption has grown seven times since 2002 until the present for people aged 14 to 64, from 8 percent to 56 percent.

Three quarters of the population using the Internet access it for e-mail, 63 percent for service websites, 84 percent for information and 20 percent for games and betting.

Online habits seem to depend on the user’s age, with online shopping being preferred by younger people (47 percent of people aged 14 to 24, while 30 percent of urban dwellers shop online), young adults use the Internet for banking operations (26 percent), while over half (58 percent) of people aged under 45 use the online to document their acquisitions.

While the other so-called traditional media channels (printed press, radio, TV, advertising) have kept their purpose to communication, the Internet has expanded to a life of its own, taking content from its original support and transmitting it in a new, more interactive way. This, the study says, can lead to the online either enriching and expanding other media channels’ content, or to limiting their power.

TV is already showing signs of change, with 12 percent of Romanians having smart TVs, advertising has developed into more and more versatile and interactive forms, and radio has also shifted towards online (one third of the population listens to radio or watches TV online, while in 2005 only 5 percent did).

Printed press has received the hardest blow of all mediums, but has generated strong online brands, with dedicated readers shifting easily towards the online version of their favorite brand. While in 2005 15 percent of readers accessed online newspapers/magazines, the share has gone up to 50 percent in the present.

However, as people gather more competence in online usage (76 percent of respondents have been using the Internet for more than 5 years), their trust in the medium drops: 60 percent of them said they trusted information found online in 2005, while today only 45 percent do.