INS: Romania will include drugs and prostitution in its GDP calculations 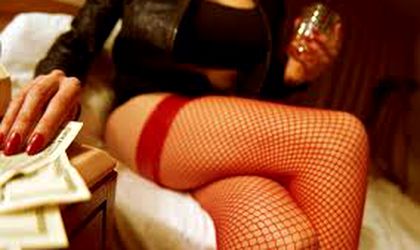 The National Institute for Statistics (INS) said Thursday it would include drugs, prostitution and smuggling in its calculation of Romania’s GDP, according to Adriana Ciuchea, general director for the INS’s Department of national accounts and macroeconomic estimates, writes realitatea.net.

“Right now and starting with 1995 we have included in our GDP calculation estimates regarding the invisible economy. To give you an example, I offer you the example of a massage salon which is legally opened but supports illegal activities. (…) Starting with data for 2012 we will include illegal activities in our GDP calculations. (…) From our preliminary estimates, the illegal economy doesn’t represent more than 0.1 – 0.2 percent of GDP”, Ciuchea said on Thursday.

Romania is not the only country which will operate these changes. In the United Kingdon, including drug trafficking and prostitution in the GDP will give the economy a GBP 10 billion yearly boost, according to London authorities.

The British Bureau of Statistics estimated that changing the GDP methodology for a retroactive revision starting from 2009 will add 2.3 percent to it, representing GBP 33 billion. If Romania’s illegal economy only adds 0.1 – 0.2 percent to the country’s GDP, than in UK’s case the percentage is 0.8 percent according to INS.

Italy will also implement this new method for calculating its GDP, which would mean that the country would finally break its cycle of economic stagnation. Drugs, prostitution and contraband will be present in the national GDP for 2014.