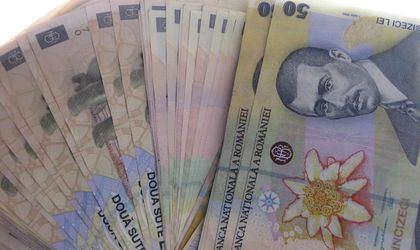 ING has reduced the inflation estimates for Romania for 2015 and 2016 by 0.2 percent, at minus 0.7 percent, and 1.2 percent, respectively, while the prognosis for 2017 sees an increase of 0.6 percent to 2.7 percent following changes in oil price expectations, the bank announced today.

This comes only a few days after the National Bank of Romania (BNR) also revised their inflation prognosis. The results were similar to those put forth by ING, with BNR predicting a minus 0.7 percent rate for the end of this year, 0.4 percent less than their August estimates, and a 1.1 percent rate for the end of next year, which is a 0.4 percent increase than initial estimates.

“Without the round one impact of the value-added-tax (VAT) reduction, the predicted inflation rate would have reached 2.1 percent at the end of this year and 2.7 percent in 2016,” stated Mugur Isarescu, governor of BNR, according to ZF.

In June 2015, the applicability of the reduced VAT of 9 percent was extended to all food products, non-alcoholic beverages and public food services, which led to a 9.8 percent fall in prices of targeted food products compared to May 2015, according to the BNR Inflation Report from August 2015. The measure affected the prices of around 30 percent of the goods and services included in the CPI market basket, which ultimately influenced the annual rate of inflation and the fluctuating prices of staple food products, also according to the BNR August Inflation Report.

In the third quarter of 2015, there was a slight increase in the negative value of the CPI inflation rate following the continued decline in oil prices at the international market level, which reached post-crisis minimal levels in August, said the BNR in their November Inflation Report. A combination of a decelerating increase rate of annual import prices and a plateau in the Romanian currency depreciation with respect to the American dollar and the Euro have led to the inflation rate’s continued decrease, however, reaching minus 3.4 percent in September, according to the BNR November Inflation Report.

“Both consumers, entrepreneurs and intermediaries don’t yet see a deflation in Romania despite the decrease in prices, the negative CPI comes from a fiscal measure. Up until the present moment, there is no psychology of deflation, the public is buying, investments are being made, demand is rising and the public believes that after a certain period of time this moment will be overcome and the inflation rate will enter the target interval we are looking for,” said Isarescu in the same conference following BNR’s revision of the inflation estimates.

Deflation fear is back in Europe

While Romania might not be currently facing deflation, the same might not hold true for the European Union as a whole, according to several news sources. “The euro area’s inflation rate unexpectedly turned negative in September for the first time in six months” and “ECB President Mario Draghi signaled that they could expand quantitative easing if needed to avert deflation”, according to a Bloomberg article from September. Most economists share Isarescu’s belief that this period of price falls is temporary, with prices expected to rise towards the end of this year as long as oil prices become more stable, but “the September decline leaves the ECB further away from achieving its target than policy makers would like”, according to the Wall Street Journal.