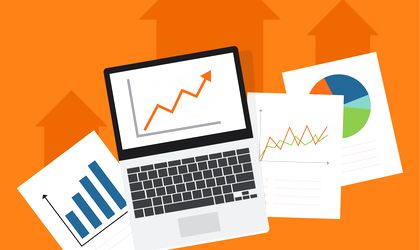 ING Bank Romania said it recorded a gross profit of RON 584 million in 2017, up 3 percent year-on-year, if we take into account the income from the sale of the Visa shares. The gross profit excluding this deal gained 32 percent.

Moving to the portfolio of customers, ING said it attracted 280,000 new customers last year, taking the total number of active clients to 1.14 million. Out of the total figure, 830,000 used ING’s internet banking platform, while 52 percent of them used the mobile app.

The number of transactions on the bank’s online platform gained 27 percent to 22.3 million, while sales through this channel soared by 73 percent – the bank did not mention any amount.

In the last quarter of 2017, the bank sold 13 percent of its consumer loans through its internet banking platform.

ING Bank Romania said it was the sixth largest lender in Romania by assets in 2017.

Meanwhile, ING Group recorded an increase of 2.4 percent in the gross profit to EUR 7.2 billion.

Alexandra Maier, Sustainability Manager at ING Bank Romania: Sustaining a transition to a...