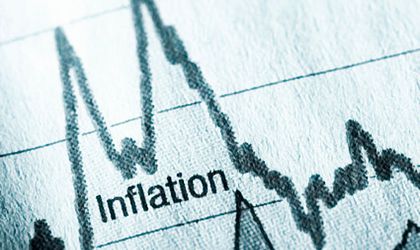 Consumer prices fell 0.5 percent in August over July, taking the annual inflation rate down to -1.9 percent from -1.7 percent the previous month, influenced by cheaper food (7 percent), while non-food products rose by 0.8 percent and prices of services went up 2 percent, according to data from the National Institute for Statistics (INS).

The average rise in consumer prices in the last 12 months over the previous 12 months is 0.3 percent based on the CPI, while based on HICP it stands at 0.5 percent.

The biggest price reductions were recorded for fresh fruit (12 percent) followed by sub-category “other vegetables and tinned vegetables” with 9.5 percent, and potatoes, which were cheaper by 6 percent.

Instead, prices rose for eggs (4 percent), citrus and other southern fruit (1.9 percent), edible oil (0.4 percent), sugar (0.3 percent), canned and other products fish and meat from pigs, each with 0.2 percent.

In the category of non-food goods fuels were cheaper by 3 percent, drugs and medical items by 0.5 percent, while refrigerators and freezers have increased by 0.3 percent.

Compared to December last year, food was cheaper by 8 percent in August. On the other hand, non-food prices increased by 1.6 percent and services prices rose 1.3 percent.

In July, consumer prices fell 0.2 percent from the previous month and the annual rate of inflation reached -1.7 percent, from -1.6 percent in June, influenced by food prices, which decreased by 7 percent compared with last July.

The annual inflation rate went negative in June for the first time in 25 years, to -1.6 percent, after prices were lower by 3 percent compared to May, due to lower VAT on food and beverages at 9 percent from 1 June.

“It is unlikely the central bank will respond with additional measures to relax this temporary slowdown in inflation caused by a series of shocks in the offer,” reads an analysis by Erste, which goes on to show that the salary increases scheduled for 2016 speak also to a prudent monetary policy.

Erste believes that an increase in the policy rate is possible in 2016, to compensate for consumption based on fiscal loosening momentum, in a period where consumption is already rising.

Erste anticipates a 0.2 percent annual inflation in December this year and 0.7 percent in December 2016.

Inflation could remain negative until May 2016 after reducing VAT on food to 9 percent in June 2015, which will be followed by the standard VAT reduction to 20 percent from January next year.