Industrial output grows by 2.4 pct in first two months of the year 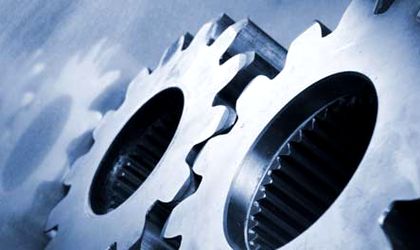 The industrial output saw a 2.4 percent increase in the first two months of 2015 as compared to the same period of 2014, in particular due to the positive outcome of the manufacturing industry, the National Statistics Institute (INS) data read.

Thus, over January 1 — February 28 this year, the industrial growth (in the gross series) grew by 2.4 percent against the two first months of the previous year, the activity of the manufacturing industry counting for a 3.6 percent growth.

In contrast, the output and supply of electric and thermal energy, gas, hot water and air conditioning lowered by 5.8 percent and the extractive industry was down by 4.8 percent.

Moreover, the industrial output in the adjusted series, depending on the working days and seasonality, over January — February 2015 as against the same interval of 2014, increased by 3.3 percent, as a result of a 4.9 percent growth of the manufacturing industry.

The production and supply of electric and thermal energy, gas, hot water and air conditioning and the extractive industry have decreased by 5.6 percent and by 3.7 percent, respectively.