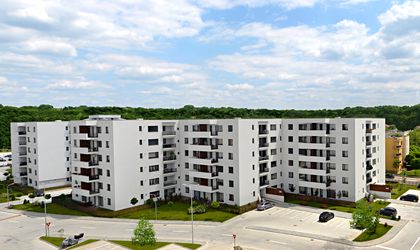 Real estate company Impact Developer & Contractor has bought a 22,000 sqm plot of land in the Domenii area of Bucharest for EUR 10.6 million (VAT not included), the company has announced. The land will be used for a residential development which will consist of some 600 apartments.

Works on the first development phase will start this autumn and the first 268 units are scheduled for completion in the spring of 2019.

The land is located between the Kiseleff and the Ion Mihalache boulevards in an area of the city “known as the next office pole,” say company representatives. The project will feature nine apartment blocks going as high as 13 floors. The offer will range from studio apartments to three-bedroom units.

Impact Developer & Contractor is a Romanian company set up in 1991. It has since developed 16 residential projects totaling over 4,000 housing units. Its flagship project on the local market is Greenfield in northern Bucharest. The company has been listed on the Bucharest Stock Exchange (BVB) since 1996.