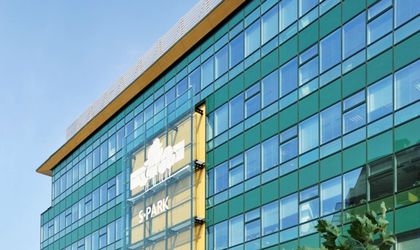 Austrian real estate company Immofinanz has signed new leases for office space totaling over 3,600 sqm (GLA) in some of its Bucharest projects and lease extensions for another 7,000 sqm, the company announced on Tuesday.

New tenants include Q’s Inn Take Away and PostMaster in North Center, media group Camina in Victoria Park and Stratum Energy and Max Relax in S-Park.

Tenants that have extended their existing lease include software company CBN International Europe, Heineken, Servier Pharma and Syngenta Agro. Some of these companies have also leased additional space.

Immofinanz owns eight office properties in Bucharest totaling 187,405 sqm (GLA). This makes the company the largest office owner in Bucharest, according to its data. The company now says that the occupancy rate is on an upward trend after at the end of last year it stood at around 77 percent.

Immofinanz announced at the end of last year that it will invest EUR 34 million from its own funds to build an additional 20,000 sqm (GLA) of office space in the Iride Business Park in Bucharest. This will be be part of a 40,000 sqm (GLA) development which will be called Metroffice and will require a total investment of EUR 85 million. The first 20,000 sqm will be delivered in the second quarter of 2016 and mark the beginning of a long-term plan to refurbish and expand Iride Business Park, said the company.

The Austrian real estate company presently owns 16 properties in Romania – 9 office projects, 4 retail projects and 3 logistics parks – totaling some 400,000 sqm (GLA) and having a book value of EUR 965 million at the end of last year. This represented about 13.9 percent of the company’s total asset portfolio (EUR 6.9 billion) making Romania its third largest business behind Russia and Austria but ahead of other countries such as Germany and Poland. Overall, Immofinanz Group is present on 8 core markets besides Austria. In Romania Immofinanz Group also owns residential developer Adama.