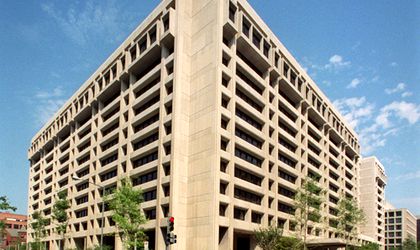 Romania has problems regarding the evaluation and supervision of public investment and timely approval of government budgets, according to a report of the International Monetary Fund (IMF), but meets 30 of the 36 criteria taken into account for assessing fiscal transparency.

According to Mediafax, IMF stresses the need to improve fiscal transparency, given that there are still errors regarding the GDP estimation, averaged 4 percent of the GDP, public investment evaluation and supervision are low and annual budgets are not approved promptly.

IMF also shows that Romania meets a good or advanced level on 15 of the 36 chapters considered, and on the other 15 it meets the “basics” criteria. Romania does not fully cover the criteria for five chapters, which target risk management, while the public-private partnerships’ chapter has not been evaluated, due to the absence of such partnerships at the time of the IMF analysis.

Regarding the first category, the Fund assesses as “good” or “advanced” the coverage at public institutions’ level and the quality of fiscal statistics.

Moreover, the Fund shows that fiscal reporting does not cover the large state-owned companies, which represent about 10 percent of Romania’s GDP.

The fund also notes that, although the government reports a large amount of data on its operations and assets, such information is not consolidated into one set of financial reports which to comply with international standards.

IMF recommends the Romanian government to include in its fiscal reports the entire public sector, to improve the fiscal and financial reports, to detail macroeconomic forecasts in important documents, to increase the documentation transparency which targets the state budget and to extend the analysis of fiscal risks.

The fund also shows that Romania has adopted several reforms since 2010 to date which improved coverage, quality and frequency of government statistics targeting the fiscal sector.

The fiscal transparency assessment was conducted by the IMF at the request of the Romanian government by a team of the Fund in February last year.