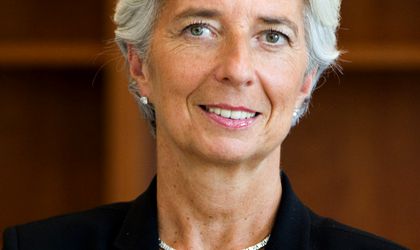 With the economy having stabilized following the crisis, Romania has to pursue reforms to improve the climate for investments and make better use of EU money, said Christine Lagarde, the IMF’s managing director, during an official speech in Bucharest last week.

Lagarde noted that the country has taken “impressive steps toward liberalizing energy prices.” She added that Romania’s approach served as a model because the prices were being gradually liberalized, while better targeting vulnerable consumers.

The IMF head called on the country to pursue further reforms to boost its competitiveness and support a “higher and more inclusive growth”, citing measures to create jobs and improve the safety net for those in need.

Lagarde suggested “improving the quality of energy and transportation infrastructure, for example, by enhancing the viability of state-owned entities and creating an environment where the private sector invests in those fields and helps raise efficiency.” She added that growth would also be generated by Romania’s ability to use EU funds for efficient public investments.

According to the IMF director, economic growth in Romania should be built on exports, domestic demand and investments. “If you have growth, fiscal consolidation is easier than if you don’t have growth; it’s a circular principle and it seems that Romania has adopted it and I hope it’s continued,” said Lagarde, quoted by Mediafax newswire.

The IMF director also met with President Traian Basescu, PM Victor Ponta and representatives of the business community and NGOs during her two-day visit to Romania.

Representatives of Romanian and foreign investors associations met with Lagarde, along with the heads of large companies active in the retail, banking, IT, and automotive sectors.

The discussion focused on the country’s overall development, including the absorption of EU funds and healthcare financing. “Looking at the figures, I can say that populist decisions can unbalance Romania and this trend exists right now in Romania,” said President Basescu.

A joint mission of the IMF, European Commission (EC) and World Bank arrived last week in Bucharest to negotiate a new precautionary loan deal with Romania. Economists say this type of agreement means lower financing costs on international markets and guarantees that reforms are implemented.

Nicolae Idu, head of the Commission Representation in Romania, said that Romania has achieved macro-economic stability and implemented fiscal consolidation measures, which are the responsibility of the IMF.

“In the next stage, Romania has to act more like a member state which has exited the excessive deficit procedure, to connect to the priorities of the 2020 strategy and as regards the coordination of the economic measures between member states through the EU semester. That’s why Romania’s main partner from now on is the EC,” said Idu.

Romania completed a EUR 5 billion precautionary loan deal with international lenders in June. Under the IMF-led agreement, the government had to work towards various targets, ranging from the broadening of the taxation base to the reduction of arrears and the enhancement of capital investments in EU-funded projects.