A new scheme designed to help close to a million people struggling to pay back loans with lower repayment rates was announced last week by the government, as part of a wider program agreed with the IMF to kick start domestic consumption.

The prime minister, Victor Ponta, said the scheme for borrowers would bring individuals’ loan repayments down by as much as 50 percent or a maximum of RON 500 (EUR 112) for two consecutive years.

He says the move would funnel around RON 4 billion (EUR 900 million) into the economy this year alone, leading to a “moderate, but significant growth in consumption”. 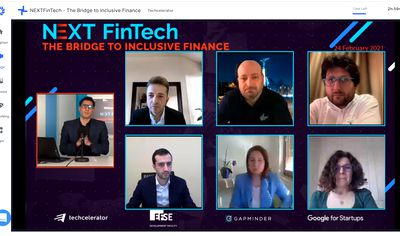 Read more about
Banks and fintech companies: Fintech is the future. The financial sector is still in the hands of the banks, but for sure, things will change very soon
read more

Individuals that enroll in the scheme, which would be optional, would receive tax credits on their income tax worth a maximum of RON 200 (EUR 44.83) for up to two years before returning to their regular repayment schedule. To be eligible, the borrower must earn less than RON 1,600 (EUR 360), the average wage nationally.

Individuals can talk to their banks about this debt relief option from April. Delays on loan repayments under the scheme could not exceed 90 days.

Constantin Coman, country manager at Coface Romania, the credit insurer, says domestic consumption could grow by 1 percent this year as a result of the measure.

“Ideally these people will get a higher disposable income and we presume this money will return to the real economy, but we cannot estimate how much will do so because borrowers, due to low levels confidence, may opt to save the money,” Coman told BR.

Bankers have remained quiet about the measure, and Coman says the government should have discussed it more with them. Representatives of lenders attended a meeting organized by the central bank on the matter.

“In fact, what is being proposed is that banks will collect their money a little later, with a higher degree of security. There is no certainty that in two years time, those that benefit from this tax credit will be able to pay, and if they do not banks will lengthen the loan deadline,” added Coman.

The country manager says the scheme can also be interpreted as a populist move because of the elections scheduled for this year (European Parliament elections in May and presidential elections in November).

The central bank governor has called the fiscal initiative an “easing” of debt servicing and hinted that it might contribute to a reduction of non-performing loans (NPLs), which reached 22 percent in November 2013.

“We believe such a scheme, provided that it works, is preferable to schemes we have seen in other countries such as the conversion at fixed prices of foreign currency loans, while leaving costs in the air to be paid by banks or others,” said the governor last week.

According to Florentina Cozmanca, senior economist at RBS, this scheme should temper or even reduce the level of non-performing loans (NPLs).

She added, “The increase in disposable income for borrowers participating in the scheme help improve consumption with positive effects on economic growth and on the state budget revenues, through higher incomes from VAT, excises and other taxes on consumption.”

Andrea Shaechter, head of the IMF mission in Romania, said last week the measure could ease pressure on some borrowers, whilst other might prefer to pay off their loans under the current conditions.

An important caveat is that individuals who sign up for the scheme will extend the maturity of their loans by two years, and the interest payment will not be lowered. Liviu Voinea, the delegate budget minister, said the overall budgetary cost of the scheme would run at around 0.1 percent of GDP.

Florin Pogonaru, president of the Association of Romanian Businesspeople (AOAR), said the initiative was not fair, but could help the private sector through the increase in consumption, according to news portal www.hotnews.ro.

The government has announced additional fiscal measures, which it claims will support job recovery and economic growth, such as a tax exemption for reinvested profits. AOAR representatives said this would add another EUR 1 billion to the economy.

Moreover, the authorities got the green light from international lenders for a state aid scheme for the private sector. Private companies that create at least 20 new jobs will receive partial support from the government for all related labor costs.

Officials say this paves the way for employers’ social security contribution to be cut by 5 percent, which was initially announced for July 2014.

The measures have been discussed with a joint commission of the IMF and the European Commission, the executive arm of the EU, which completed the first two review missions under a new loan deal last week. The country has an ongoing deal worth EUR 4 billion with the international institutions. The agreement is linked to reforms in major sectors, such as transport and healthcare.

Although the IMF said in a statement that most of the performance criteria were met in December, there has been limited progress in the arrears of state-owned companies.

“It is not the growth of arrears that is the most important, but the delay in reducing them. You have 240 state-owned companies and you cannot wait too long to restructure them,” said Schaechter, quoted by the daily Adevarul. She said the transport sector alone accounts for more than 50 percent of the stock of arrears.

The authorities have also agreed to impose an additional fuel excise of 7 eurocents from April for each liter of sold diesel and gasoline. Shaechter said this should not see Romania overshoot its 4 percent inflation target.

The IMF expects the local economy to grow by 2.2 percent this year, driven by higher domestic consumption and the higher absorption of EU funds. Last year, the economy added 2.8 percent in output on the back of continued strong exports, although domestic demand remained sluggish.

The budget deficit is set to narrow to 2.2 percent this year, and should fall further to 1 percent of GDP next year.