Igor Tikhonov is elected president of Brewers of Romania Association 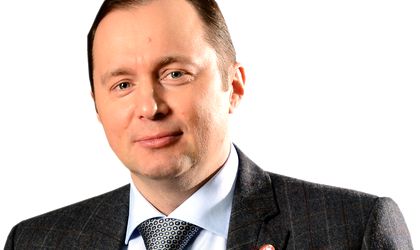 Igor Tikhonov, president of Ursus Breweries, was elected president of the Brewers of Romania Association, taking over from Lucian Ghinea, president of Bergenbier SA, according to a press release from the association.

President of Ursus Breweries, Romanian subsidiary of SABMiller, Tikhonov joined the group in 2001, and since then has occupied several managerial posts, in the commercial and strategy departments, and held leading posts in markets such as Russia, Ukraine and Slovakia, being in charge of the operations in Romania for the past two years.

Regarding his plans for 2016, he aims “to continue the projects initiated by predecessors and to launch new ones, meant to further develop the beer culture in Romania,” stated Tikhonov. Defined by a local production of over 97 percent and a share of natural ingredients coming from local resources of 70 percent, “the beer sector is an important stimulus for the Romanian economic,” with beer being the main drink Romanians have with their meals, according to the association press release.

The association’s current membership includes the leading brewers in Romania: Bergenbier, Heineken Romania, United Romanian Breweries Bereprod, Ursus Breweries and Martens, as well as the micro-brewery Clinica de bere and representatives of raw material producers. Together, the top five brewers account for 80 percent of the amount of beer consumed in Romania, according to its website.

The five members of the association provide jobs to over 4,000 people in eleven breweries, out of which two micro-breweries. The association’s brewing facilities are located in Ploiesti, Constanta, Craiova, Miercurea Ciuc, Targu-Mures, Pantelimon, Timisoara, Buzau, Brasov and Galati, while the two micro-breweries are located in Cluj-Napoca and Timisoara.