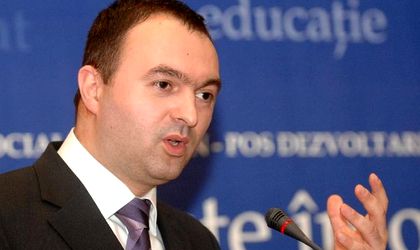 Iasi County Council (CJ) president Cristian Adomnitei was busted on Thursday night by the National Anticorruption Directorate’s (DNA) prosecutors and led to hearings at the institution’s headquarters in Iasi in a corruption case. Two other Iasi CJ employees, Teodora Jinga, the head of the European Projects Direction and Carmen Irimescu, the head of the Projects and Partnerships Service within the Projects and Sustainable Development Directorate, were heard on Thursday and then detained. In the same file was afterwards arrested also Letitia Popa, the goddaughter of the mayor of Iasi Gheorghe Nichita, according to local media reports.

According to Agerpres, Iasi County Council head, liberal Adomnitei, was detained for favoring the offender and forgery. He was supposed to be presented on Friday to the Iasi Court with proposal of 30-day preventive detention.

Adomnitei stated recently that he does not feel responsible for awarding the contract to promote the county to a company in Iasi, arguing that he is not part of any tender committee and that he does not know what companies are declared winners.

DNA prosecutors’ action is related to the raids on April 15, when at the public institution’s headquarters prosecutors found documents related to alleged irregularities regarding a contract worth RON 340,000 (EUR 76,413) for promotion services.