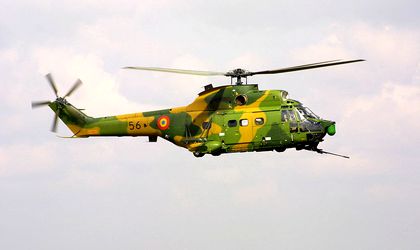 The Romanian state-run aircraft repair and maintenance company IAR Brasov will debut on the Bucharest Stock Exchange (BVB) main market, following transfer from the Rasdaq market, according to company officials. The transfer was decided by IAR shareholders in February 2015 and the company got approval from BVB’s board at the beginning of July 2015.

More than 72 percent of IAR shares are owned by the Romanian state (the Ministry of Economy, Trade and Tourism holds 64.89 percent and the Ministry of Labor, Family, Social Protection and of the Elderly holds 7.3 percent), while almost 28 percent of the stocks are held by investors.

During the past 12 months over  963,000 of IAR shares were traded, representing about five percent of the company’s shares, for RON 2.4 million (EUR 0.54 million). IAR shares price rose almost 3.5 times in the mentioned period of time, reaching RON 4.66/share on Monday’s trading session. At this price, IAR has a market capitalization of RON 88 million (EUR 19.64 million).