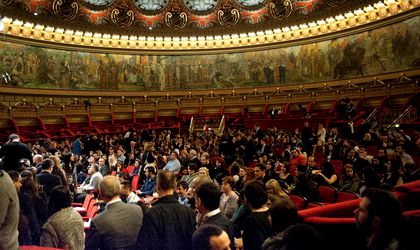 The global board of the International Advertising Association (IAA) convened in Romania for the first time last week, with a few items on its agenda. Paramount was to discuss the effects of emergency ordinance 25/2013 on the local advertising and communication industry.

The emergency ordinance was published in the Official Gazette on April 21. The ordinance removed media agencies as intermediaries from the equation, putting TV channels in direct contact with advertisers. The measure is meant to bring broadcasters more revenue, but IAA representatives claim it has complicated matters for both advertisers and television outlets, with smaller agencies and TV stations bearing the brunt.

“We decided to have this meeting in Romania to express our support for the local industry, which has been affected as a result of the ordinance in April 2013. Such initiatives are not a first at global level, but we, the IAA, have always stood by our members and have always been open for talks with the authorities to find the best solutions,” said Faris Abouhamad, president and chairman of the IAA global board. “The appearance of media agencies on the market was a natural process because it addressed a need. We wish to send a message, hoping the Romanian authorities will hear us and we will get some kind of attention.”

“A visionary Ministry of Economy or Ministry of Finance should have reacted very fast to this ordinance because the revenues that will go into their budget will dwindle. Some very successful tax-paying companies have moved their budget into a black hole,” said Felix Tataru, senior VP of IAA Global. Read an interview with Felix Tataru here.

The IAA board meeting in Bucharest is also a preview of the 43rd IAA World Congress that will take place in Beijing over May 8-10.

The IAA board meeting also came on the occasion of the sixth edition of the IAA Romania Excellence Awards, which took place in February. The gala was attended by over 500 communication and advertising professionals, journalists and people close to the industry.

“This year, we decided not to grant any awards in the media agencies section because emergency ordinance OUG 25/2013 has impeded development in this area,” announced IAA representatives.