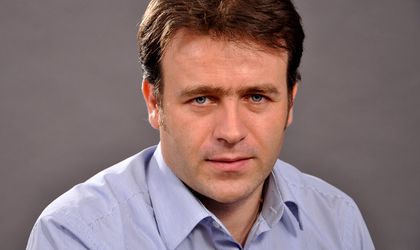 Currently the Global Senior Vice President of the International Advertising Association (IAA), the world’s largest communications industry association, representing advertisers, media companies and advertising agencies, Felix Tataru talked to BR about becoming the youngest Global IAA President in 2016 and the prerogatives and challenges that come with that title.

How did you receive the announcement that you have been elected as Global IAA President?

In 2013 at the Cannes Lions festival, IAA held a board meeting. The meeting included all the Chapters’ Presidents in the world, around 40, along with the Executive Committee, which itself gathers around 15 professionals: regional directors, the IAA president, the senior vice president, the treasurer, the general secretary and the vice presidents. At this board meeting, the current treasurer, the Senior VP and the General Secretary were elected. Following the IAA bylaws, SVP automatically becomes president at the end of the current president mandate. Before becoming president, you actually have a mandate as a VP. The IAA presidents must represent in rotation all the regions of the world. The actual president is from the Middle East and it was Europe’s turn to get at the IAA lead. The European countries proposed me for that role. I was the only candidate for the position and I was voted unanimously.

What would you say are the main qualities that make you perfect for this position?

I have the ability to make things happen. I think I proved it during my presidential mandate at IAA Romania, but also as a senior global vice president. It’s a skill that comes from my entrepreneurial spirit.

You are the youngest to ever have this position. How do you feel in this role?

Indeed, this position gives me the chance to lead professionals having more years of experience than I have. It is inspiring for me to have this opportunity in my 40s, otherwise I feel encouraged by their vote.

What are your main goals for the new position?

The objectives are to be decided next year. We are now talking about the mandate of a team that will be elected in March. I do not have a team yet so it is too early to talk about a strategy with goals.

So, my first target would be to create a team with those that are to be elected and come up with a strategy as soon as possible.

I have in mind now two directions: first, IAA can help the industry reduce the gap between the consumer and the marcomm industry, a gap that is present in all the markets. The consumer is far ahead of the industry when it comes to his needs of communication and his habits to interact with brands.

For many years, IAA has been oriented towards itself and its members. I wish that under my leadership the IAA orientation can shift towards the exterior: the industry and the consumer.

Do you still have an influence over IAA Romania?

I am no longer part of the IAA Romania Board, but I am consulted in critical situations, such as the 25 Decree when I was involved along with my colleagues from IAA Global.

Otherwise, I am pleased to see that the projects started by me are further developed (the IAA School, the Excellence Awards) and that others with great impact on the industry were set up by the Board (The Advertising Day and the Study for the evaluation of the advertising impact over the economy).

How would you characterize the evolution of the Romanian chapter during the years?

The industry has proved that it can act united when it succeeded in convincing the political class in changing the decree. The association’s importance has grown and IAA Romania continues to be one of the best chapters in the world. That makes me very proud.

Previously, this year you were awarded as the category IAA Champions. What does that distinction mean to you?

I’ve received it as an encouragement from the behalf of my colleagues in the global Board for the mandate that will come.

What are, in your opinion, the 2016 trends in advertising?

The topic of communication trends is worth a whole material as there are so many things changing right before our eyes with a speed hard to anticipate. I will only name a few. We kept on hearing that content is the king. According to recent studies, about 90% of consumers trust recommendations from others—even people they don’t know—over branded content. We can conclude then, that influencers, real content and conversations are to define 2016 and years to follow.

Mobile marketing and advertising will be key components of a digital marketing strategy. The “Mad Men” era of wine, whisky and women as inspiration, are now a distant memory. The rise of digital and social web has changed the landscape while the appearance of smartphones totally transformed the consumer and his habits.

This context will require changes in the structure and the way agencies work. The boundaries between communication disciplines melted, the speed required to deliver a solution is increasing and the linear structure of agencies is now facing difficulties in addressing the consumers’ real needs. I think this will be a challenge for 2016, not only in our market but all over the world.

Another trend in communication that years to come will try to solve is that now we have access to a whole amount of data. We will soon have to figure what to do with all this data. We will not talk about big data, but smart data.

Felix Tataru is also Founder and President of GMP Group, a company he founded in July 1988, and partner in the digital agency Webstyler as well as the radio Itsy Bitsy. Graduate of the Berlin School of Creative Leadership, he is known for his desire in changing the industry for the better. As the President of IAA Romania from 2005 to 2010, Tataru has guided a number of successful initiatives for the Romanian communications industry, such as the IAA School and the Excellence Awards.