Huffington Post: The second best castle in the world is in Romania 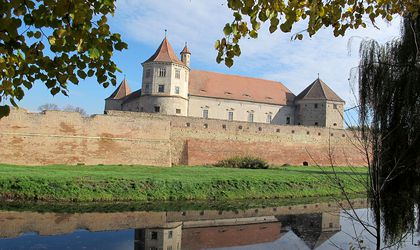 The Fagaras Fortress came in second in Hopper’s “Ten Best Castles In The World” ranking, published by Huffington Post. Hopper is an online trip planning engine, powered by the world’s largest structured database of travel information.

The Fagaras Fortress comes in second in the top, surpassed only by castle Neuschwanstein in Germany, the inspiration behind the famous Disney Castle.

Here’s what Huffington Post and Hopper’s has to say about the Fagaras Fortress:

“Situated right in the heart of central Romania, the Fagaras fortress in the town of the same name represents one of Eastern Europe’s largest and best-preserved feudal Castle complexes. Unquestionably the most-visited site in the medieval old town of the city, the castle was once the kingpin of regional power. Throughout the 17th century, the citadel was expanded continuously, reflecting the growing wealth of a centre that exercised control over much of Transylvania and central Romania“.

If you want to see the fortress for yourself, you should know that it is usually closed on Monday and in the summer the visiting program runs between 8 am and 6 pm on weekdays, and between 9 am and 5 pm in the weekends.

There’s a RON 10 entry charge for adults, RON 5 for students and free entrance for children under 7 years. For the right to take photos you have to pay RON 10.