How much money does it take to be a European Capital of Culture? 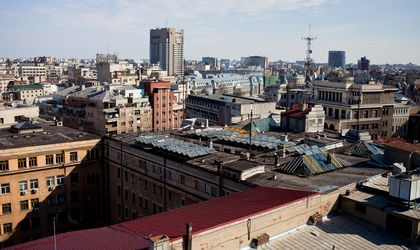 Several Romanian cities, amongst them Cluj, Timisoara, Arad, Craiova and Iasi, have officially announced their intention to compete with each other for the 2021 European Capital of Culture (ECoC) title. How much are they ready to spend on this race, due to start at the end of the year, and how much in EU structural funds are the cities able to attract to build and upgrade their infrastructure?

The start of the competition will be announced by the end of this year in the Official Journal of the European Union, with the bids to be submitted for evaluation by a panel of international experts, in approximately nine months from the launch of the call. Another three or four cities are expected to join the race, including Bucharest.

According to the EU calendar, two member states, Romania and Greece, are to provide, each, a European Capital of Culture for 2021. For the competing cities this translates into the intention to sustain, if elected, an immense organizational and financial effort over the six-year period prior to the actual event.

Although it’s not the main criteria for selection, the capacity of the city (actually of the independent association set up for the purpose) to raise the funds in the current economic situation is carefully analyzed by the panel during the six-year monitored phase between the selection announcement and the beginning of the event.

Experts agree that the EUR 1.126 billion spent by Liverpool, which was designated an ECoC in 2008, the highest expenditure in the history of the title, is a benchmark that will never be reached again. In 2007, Sibiu’s overall funding was EUR 56 million, out of which EUR 40 million was infrastructure spending.

The overall budget of an ECoC is split into two categories: operating expenses, which include the cost of the actual program, the salaries and the promotion and marketing, and capital expenditure, divided into three categories: new provision and upgrading of cultural capital – museums, galleries, theatres, concert halls, arts centers etc.; urban revitalization – renovation of squares, gardens, streets, tree planting, public place development, lighting etc.; and infrastructure – investment in the underground, rail stations, dockyards, roads and so on. Although the main focus is the cultural program, the past years have seen an increase in the capital expenditure, especially in the upgrading and building of the cities’ infrastructure.

Are towns like Cluj, Timisoara, Arad, Craiova and Iasi capable of attracting a similar budget as Sibiu raised seven years ago, before the global economic crisis? The Bulgarian city of Plovdiv, which last month was designated the European Capital of Culture in 2019, proposed an operational budget of EUR 22.3 million, of which EUR 14.7 million is for program activities. The capital city Sofia’s proposed operational budget was EUR 89.5 million, out of which EUR 68.5 million was for program expenditure.

Since its beginning, in 1985, at the initiative of Melina Mercouri, then Greek minister of culture, the European City of Culture project has seen changes in the way the town is chosen. In their book Eventful Cities (Butterworth-Heinemann, 2010), authors Robert Palmer and Greg Richards say these changes mark three periods of ECoC budgetary development:

•1985-1989: Expensive Festival – the majority of the host cities were capitals that already had considerable cultural infrastructure
•1990-2004: Investment in Cultural Regeneration – the majority of the cities were ‘second cities’ that saw the event as an opportunity to develop their cultural facilities and their international profile
• 2005 onwards: Investment in Infrastructure – the trend towards greater infrastructure spending seems to be strengthening (…) the cities from the new EU member states have been able to call on newly available structural funds from the EU to boost the capital budget.

According to the Ex-Post Evaluation Report of 2012 European Capitals of Culture by Ecorys, the Portuguese city of Guimares envisaged, at the time of the application, an “overall budget of EUR 111 million, including EUR 41 million for developing, managing and implementing the cultural program and EUR 70 million for infrastructure projects”. Maribor, the second largest Slovenian city that was also designated a Capital of Culture in 2012, foresaw in its original application a budget of “around EUR 200 million, of which EUR 57 million was allocated to the development and implementation of the cultural program and EUR 143 million to infrastructure investments”.

Sweden’s Umea, designated European Cultural Capital for 2014, has a proposed overall budget of EUR 730 million, a EUR 40.5 million operational budget and a EUR 690 million capital budget. Are the Romanian cities ready to attract more structural funds than they have been doing so far for building roads and urban development projects?

In a study titled Culture and/or development? Managing of Urban and Regional Infrastructure Projects in the European Capital of Culture Program published recently, several Croatian researchers from the Faculty of Economic in Osijek looked into this trend, as part of the preparatory work for Croatian cities’ bids for ECoC in 2020. The study highlights the Hungarian city of Pecs, European Capital of Culture in 2010 (with Ruhr and Istanbul) “as the first big ECoC infrastructural development project in a new European Union member”, with key projects such as a conference and concert center, the reconstruction of Museum Street and the revival of public areas and parks. With an overall budget of EUR 201 million, out of which EUR 138.4 million was spent on the previously mentioned projects, Pecs is recommended as a model for the Croatian hopefuls.

However, looking forward to the end of the 2014-2019 investment cycle, the study warns that infrastructure consumption in ECoC cities will decrease for to a combination of reasons, such as lower investment in the cultural sector from state budgets, the lack of sustainability of big infrastructural investments (at the end of a project, some facilities have neither economic, cultural nor social legitimacy in the city) and the latest trend of focusing on cultural programs and the involvement of community, to the detriment of capital investment.

Will this analysis be true in the case of the Romanian contenders, one year from now?

Private sector funding, through sponsorships in cash and in kind contributions, covers, on average, around 13 percent of the operating budget of each ECoC, according to the Palmer/Rae report which takes an overview of the budgets of 21 cities that have held the ECoC title during the period 1995-2004.

But how do the towns manage to persuade the private sector to fund a cultural enterprise such as a 354-day event that also involves, besides the creative industries, all the other economic sectors, from tourism to transportation?

An interesting example comes from the Slovakian city of Košice, which was ECoC last year, along with the French region Marseille-Provence. A monitoring report for Košice 2013 cites “the good relations and cooperation with the steel company U.S. Steel Košice which will invest EUR 500,000 in supporting a Creative Factory that will be located in the Kasarne/Kulturpark premises. It is a non-commercial project aimed at attracting and inspiring children and young people to deepen their knowledge of science and technology. Exhibits will be produced and the installation coordinated by U.S. Steel Košice. Beside the steel company, Košice 2013 is currently also negotiating with Volkswagen Slovakia in order to obtain partnership and strong cooperation for its Creative Factory project.”

The potential of such an investment to generate more business for the city is extremely high. In an interview granted to euroactive.com, Comissioner Maros Šefčovič recalled “the case of the French city of Lille, European Capital of Culture for 2004, which managed to obtain an EUR 8 return for every euro invested, in terms of increased revenues from tourism or new business opportunities”.