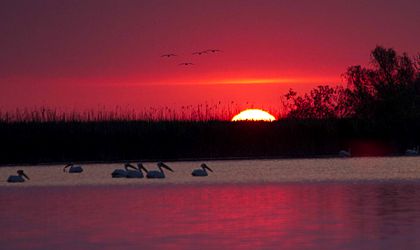 Starting this year, hotels, bed and breakfasts and other accommodation units in the Danube Delta will have to pay a promotional tax. The money collected will be used to promote the region outside of the country.

“We want to introduce a promotional tax for the Danube Delta after the model we employed in Mamaia. We made the decision after consulting with hotel owners and local authorities. The resulting sums will be used to promote the Delta”, says Corina Martin, president of the Promotional Association “Litoral – Danbe Delta”.

According to Martin, the promotional tax enforced in Mamaia last year brought in EUR 254,000 to the local budget. The money was spent on producing a presentation movie, designing an official website, entering international fairs and other promotional activities.

All the operators in the Delta will be subject to this tax, but the sum of money paid will fluctuate depending on the field of activity. For instance, in Mamaia a hotel pays a promotional tax of RON 4,000 / per year, a club pays RON 3,000 /per year while an apartment in accommodation-regime pays RON 100 / year.

“The next step is agreeing on the sums. The first project we will finance is an official website for the Delta, followed by a movie, brochures, participating in tourism fairs in the country but also outside of Romania. (…) In the last few years we’ve been lacking in terms of a coherent promotional strategy and no public authorities helped us”, Martin specified.