Holcim Romania cement and clinker sales up by 7.8 pct in 2014 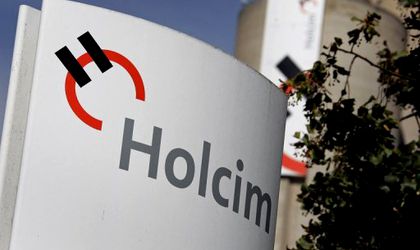 Cement and clinker sales volumes of Swiss Holcim in Romania increased by 7.8 percent last year compared to 2013 due to the large projects developed in Bucharest area, provided that, in Europe, the market’s revival was below expectations.

According to the company, as quoted on Monday by Mediafax, cement prices fell by 1.2 percent in Romania in 2014 against the previous year.

Regarding the aggregate market, Holcim Romania registered a 6.1 percent decrease in deliveries, yet the prices increased by 13.6 percent.

Cement sales in Europe fell by 1 percent, to 26.4 million tonnes last year compared to 26.7 million tonnes in 2013, amid weak recovery of European economies and political uncertainty in some states.

At global level, the group registered an increase of 1 percent in cement sales, from 138.9 million tonnes in 2013 to 140.3 million tonnes last year, while deliveries of aggregates fell by 0.9 percent to 153.1 million tonnes.

French Lafarge and Swiss Holcim agreed last year in April a merger by exchange of shares, which will create the largest cement producer in the world, with annual sales of about EUR 40 billion.

Holcim Romania had 792 employees at the end of 2014, the company’s total production capacity amounting to 6.1 million tonnes of cement.