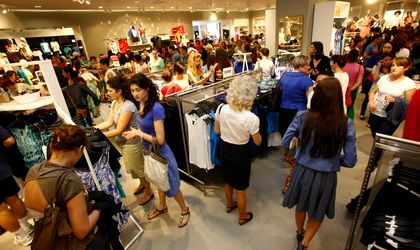 In RON, H&M sales are up 30 percent, including VAT.

During this time, the Swedish retialer opened 7 new stores and reached a network of 35 units on the local market, according to a press release from the company.

In the second quarter of the fiscal year, March – May 2014, H&M Romania registered an 36 percent increase of sales to EUR 33.4 million. Five new stores were opened during this time.

In 2013, H&M sales crossed the EUR 100 million threshold and the retailer obtained EUR 5.4 million in net profit, up 52 percent.

At a group level, sales for the first fiscal year grew 17 percent, to EUR 9.7 billion.