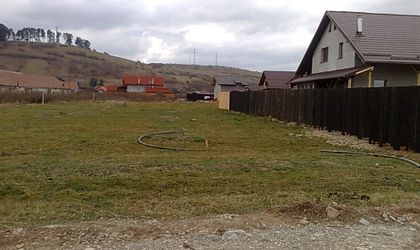 Average prices for plots suitable for construction in big cities and their outskirts either stayed relatively stable or had a clear upward trend, according to an analysis by Imobiliare.ro on the past 12 months.

In the marginal areas of the six urban centers analyzed, the starting values for land is below EUR 50 per square meter (including Capital’s neighboring areas). The study takes into account both search volume in this segment and the asking prices for lots suitable for construction.

Among the analyzed cities (including Bucharest), Iasi is the leader when taking into account the construction plots’ popularity: since the spring of 2014 to date, the number of people looking for such properties has increased by 183 percent, according to Imobiliare.ro. Over the past year, the average purchase value of a plot in Iasi area stayed at approximately the same level, recording a variation of less than 1 percent. Currently, asking prices start from EUR 8 per sqm.

In the Capital and its outskirts, searches on the plot segment increased by 79 percent in the last 12 months. In terms of volume, the demand in Bucharest is 78 percent higher than the one recorded in Brasov. Over the past 12 months, sellers’ average asking price remained relatively constant, recording only a slight advance of 2 percent. Their demands start from EUR 45 euros per sqm.

In Cluj-Napoca and its peripheries, the interest of visitors for plots suitable for construction increased by 61 percent, the asking price starting from EUR 24 per square meter.

Also regarding the demand, a 57 percent annual growth was recorded in Constanta, where took place the most significant advance in terms of average asking price, respectively by 27 percent. Prices there stay around EUR 20 per sqm.

In Timisoara, searches for construction plots increased by 56 percent over the past 12 months, which led to a 16 percent increase of the asking prices. The average price is EUR 17 per square meter.

Since last spring, Brasov recorded the lowest growth in interest manifested for plots, respectively of 18 percent, with an asking price of EUR 15 per sqm.