“Heroism Rises in a Warehouse” exhibition 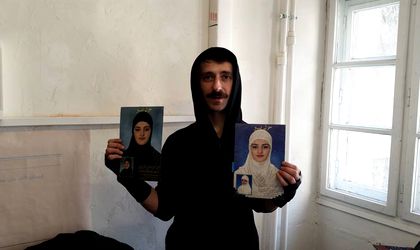 “For this season’s exhibition generated by the open call for emerging artists, Salonul de proiecte invited Mona Vătămanu and Florin Tudor to select the works to be produced for the occasion. A work by the artist Zamir Suleymanov (Azerbaijan) was chosen by Vătămanu and Tudor to guide them in the selection process. Suleymanov’s film is the catalyst for the whole exhibition, which questions from multiple viewpoints the continuity between cinema/film and reality. Documenting the activities that take place in a former cinema converted into a “playground” for young people who seem to spend their whole lives there, the artist makes visible the fact that the space of the cinema—the place where all these things happen—has been invaded by reality. By extension, the space of the exhibition is one in which the fissures in reality become visible, comprising multiple incursions into zones of social exclusion or putting together proposals aimed at transforming reality’s immediate givens”, are the details that the organizers offered for this new exhibition that takes place until May 24.

Although they seem to form a heterogeneous corpus, traversed by various types of subjects and artistic practices, the projects selected by Mona Vătămanu and Florin Tudor are united by the critical attention they pay to the social context. Another example in this direction is the work of Simion Cernica, which captures the moments of respite enjoyed by labourers who work in precarious conditions, moments that are perceived as a collective ritual. Where Cernica draws on a low-budget aesthetic and hidden camerawork from a distance, Ivana Mladenovic draws her subject matter from the social medium, creating a purely spectacular, cinematic moment. The character in her film Miss Piranda 2011 is filmed in a theatrical way, in a single extended shot, in which seduction manifests itself to an unseen viewer. Navigating through the raucous, libido-charged world of turbo-folk, the character’s strategy is to conceal herself by exposing herself, and the film exacerbates precisely this paradox. The idea of the concealed/visible is also a defining feature of the other contributions to the exhibition, which brings to the fore a series of below-the-surface problems that elude the dominant perception of the social space and the public discourse.