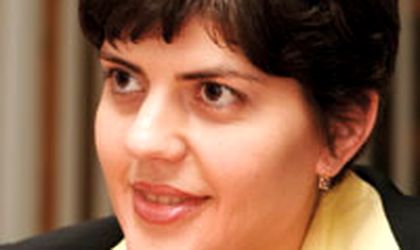 Kovesi is asking for damages of RON 1 million and the payment of court related fees. Kovesi sued after Antena 3 broadcast at the end of last week allegations that she received a sum of money from the family of Rroma gang leader Sandu Anghel, also known as Bercea Mondial, as well as allegations about her private life.

In the complaint filed to the Bucharest District 1 Court, Kovesi says the talk-show violated, from a social viewpoint, the need for correctly and objectively informing the public opinion, from a legal perspective, it violated the norms regarding the right to a private family life, the right to an image, and the free access of people to information of public interest.”

The DNA chief also notified the National Audio-visual Council for the alleged violation of the Audio-visual Code by Antena 3 and journalist Mihai Gadea.

In a press release posted on the DNA website,  “the very serious accusations were made with the sole purpose of undermining the personal and professional authority of the DNA chief prosecutor and the prosecutors from the DNA.”

The DNA required that verifications are made with a view to defending the independence of justice and the impartiality of the DNA prosecutors.

“Promoting an idea that ‘gangster Bercea Mondial offered money to the chief prosecutor of the DNA in order to be released, and the statements that the DNA chief prosecutor is in an incompatibility situation as leader of the prosecutors who are investigating the peddling file’ can affect the trust of public opinion in the activity carried out by the DNA.”