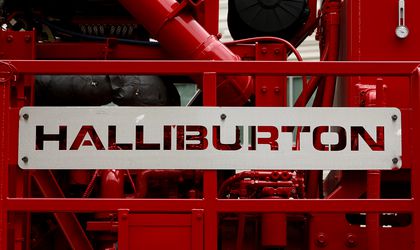 American company Halliburton is keeping track of two fields of activity in Romania: increasing oil-field production and developing deepwater projects in the Black Sea, according to press-release sent by the Government. Joe Rainey, president for the Eastern Hemisphere, kept in communication with prime-minister Victor Ponta on the issue.

Rainey expressed his interest for Romania’s energy sector and presented Halliburton’s new investments in the country. The American company’s representatives inquired into the different branches of the oil&gas industry in Romania, while prime-minister victor Ponta solicited that local experts might get involved in future operations.

The PM encouraged the company’s management to invest in Romania, given the possibility of finding new oil reserves in the Romanian area of the Black Sea.

“We want Romania to become an operational hub in Eastern Europe for American companies. Halliburton is welcomed in Romania and we would appreciate it if they developed and diversified their activities here, in the oil & gas industries”, Ponta said during a meeting with the company’s management team on Thursday.

Halliburton Energy Services Romania SRL already supplied services and equipment worth USD 9,76 million for a drilling program in the Black Sea run by ExxonMobil Exploration and Production along with OMV Petrom, according to Mediafax.

Founded in 1919, Halliburton is one of the world’s largest providers of products and services to the energy industry. With more than 80,000 employees, representing 140 nationalities in approximately 80 countries, the company serves the upstream oil and gas industry throughout the lifecycle of the reservoir – from locating hydrocarbons and managing geological data, to drilling and formation evaluation, well construction and completion, and optimizing production through the life of the field.