Half of Romania under heatwave warning until Tuesday 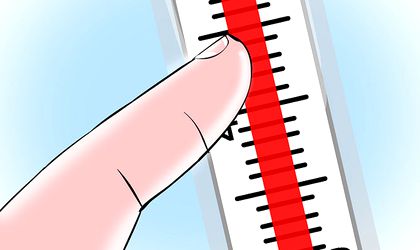 Meteorologists issued a warning that states weather will be extremely warm in all the regions and locally canicular during the afternoons, especially in the eastern half of Moldova, Dobrogea and most of Muntenia until Tuesday.

During the afternoons, especially in aforementioned regions, the thermometers will register temperatures as high 36 degrees Celsius and isolated even 37 degrees. The temperature-humidity index (ITU) will reach and surpass the critical threshold of 80 in the plain region.

A mass of warm sub-tropical air is currently passing over Europe, causing most climates to warm-up except for the north-west and isolated regions of the center. Atmospheric pressure remains low on most of the continent but will increase steadily in south-west, central and north-eastern Europe. Rains will return in the next few days starting with the central and northern part and they will reach the south-eastern part of the continent on Tuesday.