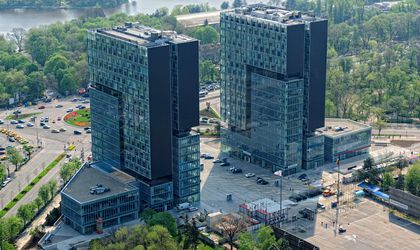 Improving the results of the shopping centers it owns in Romania is the short term objective of Polish real estate developer Globe Trade Center (GTC) after it was taken over by Lone Star Funds, but the company is also looking at starting or buying projects in incipient phases, especially in the office segment, announced GTC representatives today. The developer owns office, retail and residential projects in Romania and since 1999 it has invested locally some EUR 400 million, according to its data.

“The company has gone through many changes over the last nine months. We have a new main shareholder, Lone Star, which plans to use the GTC and its experience as a platform for new investments in Central and Eastern Europe, Romania showing massive opportunities at a regional level. We also have a new management team at the local level that has clearly defined objectives, from improving our results to identifying new development directions”, said Danny Bercovich, who was appointed CEO of GTC Romania earlier this year after he previously coordinated the company’s activity in Bulgaria, a country where the Globe Trade Center has four commercial centers.

Romania’s real estate market is experiencing a positive trend and there are many investment opportunities, he added. “Land reached a better cost and demand from companies for the modern office or retail space returned to attractive levels. We are looking at various development opportunities for the activity of GTC Romania, being interested in starting new projects or even to purchase others that are in the early stages of development”, added Bercovich.

The real estate developer has been active in Romania since 1999 and is one of the few local developers that have delivered commercial centers as well as office and residential projects. The firm is behind the Europe House and America House office projects in Bucharest, which have both been sold. At present it owns the City Gate office buildings in Bucharest (pictured), two residential projects (FeliCity and Rose Garden, both in Bucharest) and three shopping centers under the brand Galleria (in Arad, Buzau and Piatra Neamt).

City Gate covers some 45,000 sqm and has a 93 percent occupancy. Tenants include Rompetrol, Romtelecom, Microsoft Millennium Bank, Hoffmann-La Roche, Alcatel and E.ON and “the majority of the contracts have been recently extended until 2018 and 2020”. The three Galleria shopping centers have occupancy rates of about 90 percent.

GTC Group was established in 1994 in Poland and it is a public company, being listed on the Warsaw Stock Exchange. GTC Group has a real estate portfolio of completed projects valuated at almost EUR 2 billion. In addition to Poland and Romania the company is also present in Hungary, Croatia, Serbia, Bulgaria, Slovakia, the Czech Republic, Russia and Ukraine.