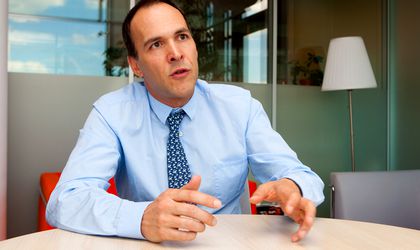 GlaxoSmithKline (GSK), the UK-based pharmaceuticals group, excluded its plant in Brasov from the global production chain citing over-production for solid oral formulas and will seek a buyer for the facility in the next six months.

Unless a buyer is found, the company will move its production to other plants, close its local facility and fire all the staff. This decision would be enforced by the second half of 2015, the latest.

According to GSK, the Brasov plant hasn’t been used at full capacity and there isn’t any long term growth potential to manufacture new products here. The company said it hadn’t found a realistic and financially sustainable solution to secure its survival.

Pascal Prigent, general director GSK Romania, said the decision doesn’t have anything to do with the performance of the Brasov plant.

“The decision came following a wave of expired patents that lead to an excess of capacities in solid oral formulas,” said Prigent. He added the company will continue to invest between EUR 8 to 10 million for research and development in the next five years.

GSK produced in Brasov medicines for the treatment of HIV/AIDS, respiratory disease, depression, the flu/anti-inflammatory. The company invested EUR 10 million to expand production capacity at its plant in 2012, on top of the EUR 7 million invested in the previous year. Overall, the company invested more than USD 100 million in the Brasov plant, which it bought in 1998.

The pharma producer recorded first quarter sales of RON 152 million (EUR 31 million) in Romania, according to Cegedim, a data provider for the pharmaceuticals sector.

GSK Romania employs around 650 people in the pharma and distribution divisions.