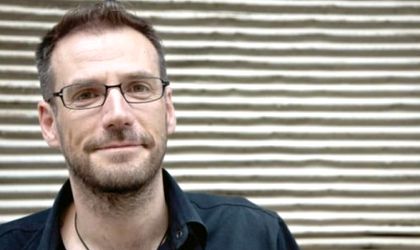 Probably one of the most dynamic and interesting industries on the Romanian market, the advertising sector suffered a big downshift in power and budgets when the crisis engulfed the local economy. Since 2013 it has been said that the industry is starting to recover and get its mojo back, but the positive projections have yet to materialize. Still, independent agencies are forming and trying to get a piece of the big companies’ pie. Some of them are even succeeding. The competition is getting ever fiercer, even though budgets and the projects are still some way from the 2008 golden era.

In this context, following an international trend, the big advertising groups are starting to consolidate their position on the market, gathering their resources under one roof. The main example is Publicis Groupe, which took major steps in 2014. The latest move came in November, when Publicis Groupe and Centrade Saatchi&Saatchi announced that the Saatchi & Saatchi brand in Romania would be consolidated under a sole legal entity, Lion Communication, which has as its main shareholder Publicis Groupe. The group’s three local brands, namely Publicis, Leo Burnett and Saatchi&Saatchi, will be brought under the Lions Communication umbrella. The real transfer of Saatchi started on January 1. Since then, the agency and the team headed by Radu Florescu continue to function as an independent entity, keeping their portfolio of clients.

“We had a very good relationship with Centrade Saatchi & Saatchi and Radu Florescu. Our decision doesn’t reflect in any way any dissatisfaction with the agency’s performance, as it handled a large range of clients and bore the name Saatchi & Saatchi in an admirable manner. Publicis Groupe will continue the partnership with the Florescu brothers for Zenith Media,” said Justin Billingsley, COO at Saatchi & Saatchi EMEA, at the time. 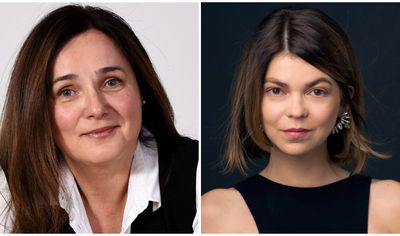 Radu Florescu, CEO of Centrade Saatchi & Saatchi, remains confident that the agency’s workflow and list of clients will not change and the agency will function as before, and time will tell if this is the case.

Centrade was one of the first advertising agencies launched in Romania, in 1992, since when it has won over 40 prizes at local and international creative festivals such as Cannes Lions (with Saatchi Germany), Clio Awards, the New York Film Festival, Golden Drum, EFFIE and World Luxury Awards.

Publicis Groupe’s consolidation in Romania started in November 2010 when the company announced it had acquired three long-term affiliate companies in Romania, merging them into an integrated agency, Publicis Communications Services Bucharest. The move led to the creation of a single agency encompassing Publicis Romania, Focus Advertising and Publicis Events,  managed by Teddy Dumitrescu as CEO.

Publicis Group was not the only advertising international group to make a statement last year. In May, TBWA Bucharest, part of TBWA Worldwide and the local independent agency Friends Advertising, announced that they would combine their operations in Romania. The newly created agency, Friends TBWA\Bucharest, was to take responsibility for TBWA’s existing local and international client base in Romania, governed by an affiliation agreement.

The business is headed by Friends’ management team and a substantial number of TBWA employees moved to Friends Advertising’s office. TBWA’s managing director in Bucharest, Doris Danner, continued to assist with the transition of business to Friends Advertising. The Romanian Friends Advertising agency was an independent agency founded in 2003 by Bojan Spasic and Sorin Tranca. Spasic and Tranca form one of the most garlanded creative teams in Romania and certainly the one with greatest longevity, having been working together for almost 16 years now.

The business of change

So will this trend continue and what will happen to the local agencies, even those with long traditions? Manuela Necula, CEO at Ogilvy & Mather Romania, considers the communication industry a perfect reflection of the economic situation, both at a macro and a micro level. “As we observe more and more often, globally, the mergers & acquisitions process between companies in diverse domains, from financial and FMCG to pharmaceutical, retail and technology, has accelerated in the past few years. It is the same in the communication industry. Behind these big moves these is always a strategic, economic and financial interest. At a global level, situations that we couldn’t have thought of a few years ago have appeared. Some are consolidation exercises and others will go down in history as failures,” said Necula.

Last year brought much discussion about the possibility that WPP would lose its global supremacy, following the merger between Publicis and Omnicom. “But, at the end of an extremely complex period, huge energy and financial investments, the merger was abandoned and WPP kept the number one spot in the rankings. People do business with people. We shouldn’t forget that communication is, probably more than any other sector of activity, a ‘people business’,” added the CEO.

Roxana Memetea, managing partner at DDB Romania, part of the group, believes that this trend is in line with the needs of clients, who, after many experiences and market developments, have reached the point when they are looking for partners/agencies capable of delivering very well executed brand strategies on any type of media (including digital). “We are in the situation of going ‘back to the future’, towards the ‘umbrella’ type agency, like it was 20 years ago. The economic changes in the last seven-eight years, along with the technical development, have reset things on the market. We are referring to the concentration of effort and specialization under a consolidated and big brand,” said Memetea.

What was known as integrated services offered by multiple specialists has been reoriented towards the “umbrella” concept, which gives complete “one voice, multiple services”. “The full service agency is reborn in a new formula,” concluded Memetea.

As a representative of one the local agencies, the DDB managing partner doesn’t foresee any real threat. “Being part of an international agency gives you a ticket to the ‘elite club’, but it doesn’t guarantee you success in business. Time identifies the real talent and we see lots of well performing, creative and efficient Romanian agencies.”

Local independent agencies – small and medium ones – always had to prove themselves more than the other agencies, when it comes to both reaching/being considered for agencies’ roster of big clients and attracting their budgets. “Not surprisingly, local small and medium agencies do not have a problem in the creativity department – as they deliver flawlessly when they have the chance to work with a big client – but they just can’t make the big players invite them to the party,” said Cristina Blanaru, editor in chief at AdHugger, a veteran media & advertising journalist.

According to her, the problem for local agencies was always reaching the client and managing to get an invitation to a certain pitch. In Romania, the top ad budget spenders are mostly multinational corporations; in most cases, they do not have a say in choosing agencies to work with locally, as advertising and marketing policies come from their international or regional headquarters. “Usually, when it comes to a big client, an advertising network takes over the account at regional level and coordinates it in a centralized manner: it drafts the overall communication and advertising, then commissions its local offices from particular markets to localize and adapt the existing content locally. Joining forces regionally or worldwide and forming networks to provide services to companies with communication needs on specific markets is one of the ways to counter the big players. Or they become subcontractors to the main agencies, handling parts of the accounts which match their skill set,” said Blanaru.

Necula recalls a telling event, which happened two years ago, at the Cannes International Festival of Advertising. After a spectacular confrontation between the two communication titans, Dan Wieden from the famous independent agency Weiden&Kennedy and Sir John Hegarty, from BBH, who gave the audience a real show, followed by long rounds of applause, Wieden received the Lion of St. Mark award, for “outstanding contribution to creativity in communication”. He gave a striking speech, which ended by calling on all the independent agencies not to sell their business. He was followed on stage by Martin Sorrell, who received the trophy for Holding Company of the Year for the third time in a row. The Ogilvy network, owned by WPP, which also won for the third year in a row the title of Network of the Year, had contributed a lot to Sorrell’s win . A few weeks later, Hegarty announced that he had sold the rest of his shares in his company BBH to Publicis.

“Looking back at this story, which I found very interesting, I am not sure there is a reason for independent agencies to fear the future. Personally, I hope not. Consolidation under an international brand can also have disadvantages for both parties. One thing is for sure, though: in order to achieve success, both organizations need to adjust to each other and to be in tune with each other. And that takes iron strength,” said Necula.

Freedom can make or break a business

Although there are fewer and fewer independent, long-time advertising agencies on the Romanian market, those that are still thriving after all these years look set to be here to stay. A pertinent example is Headvertising, which recently celebrated 17 years on the market. The agency, run by Serban Alexandrescu, has been courted over the years by several international groups, such as Young & Rubicam and McCann. “Given that they only wanted from us what we already asked of each other, we didn’t consider that a good strategic move. Still, in the horrible economic situation over 2010-2011, Alexandrescu wondered many times if he had really made the best decision. “What we really wanted was to have the chance to reach wider international expertise, because we knew it really worked. Therefore, we decided to be part for a while of a network of local, independent agencies – WorldWide Partners – that were trying to help each other when in need, with ideas, change experience, resource tips and new clients. We are still in touch with the agencies that we liked,” said Alexandrescu, creative director & managing partner at Headvertising.

He believes that local agencies have a more pragmatic view of the business, but does not see big differences between the local and the international agencies based in Romania. “Since the financial crisis we are fighting over the same local clients. The clients that arrived via the network still exist, but things are not as interesting for the multinationals as they used to be. The reason is, in my opinion, that some networks acted selfishly by opening regional hubs, where they adapt and translate the commercials, a process that used to be done locally. Therefore, the network keeps the client, but the money they used to fund the local agencies remains at the center,” added Alexandrescu. The local network office has to fight for survival with experienced industry people, a situation in which they tend to lose. The main advantage, but also disadvantage, of being a local company is the freedom. Not being forced by network policy or a change of heart, you can work on your daily clients not worrying that you might be “dismissed” because of a budget cut or “packed” from two networks in one. “You don’t have to share the same building with an agency that is your competition or to fire people, because someone else, far away, over the Ocean, has decided so,” Alexandrescu said.