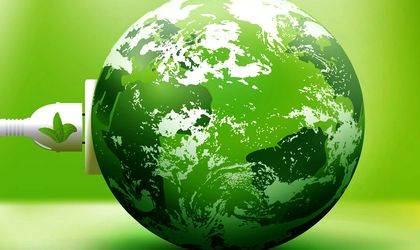 Romania registered an important progress in terms of the renewables’ share in final energy consumption at national level, according to data from Eurostat quoted by Coface, renewable energy increasing up to 24 percent, 50 percent more than the level registered 10 years ago. This stands above the EU 29 average, which rises to 15 percent. However, Romania is far behind countries such as Sweden or Norway, which register a share of over 50 percent.

Romania had fulfilled five years in advance its commitment to the EU that at least 24 percent of energy comes from green sources by 2020.

However, recent measures have cut the number of green certificates in half, determining not only Petrom to seek other options and cut losses. In August this year Monsson Group has announced that it planned to take apart the wind farm in Targusor, while Electrica SA said it would outsource two wind projects, as investments in renewable energy are less and less attractive.

Europe has also seen a decline in green energy after the boom period of 2004-2012, when European electricity from photovoltaics increased sharply, from 0.7 to 62.4 billion KWh. This growth was driven by Germany, Spain and Italy, where 80 percent of Europe’s photovoltaic facilities were located. However, 2011 put a halt to subsidies and investments and Coface experts estimate that on the short term this sector will still fall further, as Europe faces a power production overcapacity.

The post-crisis decline in manufacturing activity caused electricity use to decline sharply from 2010. This situation led to overcapacity and drove wholesale electricity prices down, which had a greater impact on suppliers whose fixed costs were already high. At the same time, the overcapacity problem was magnified by the general public’s desire to move towards a “greener” power use favoring energy savings.

In the medium term, however, pundits expect the photovoltaic sector to recover.

“For companies, the sector’s good medium-term prospects will benefit services related to the servicing and maintenance of solar panels. To a large extent, the manufacture of panels will remain primarily in foreign hands, even if German companies have managed, through automation, to bring prices down to the levels of the Chinese modules“, Coface economist Khalid Aït Yahia explained.

Of course, there are other elements to factor in, such as the European goals for greenhouse gas emissions, which are to be reduced by another 20 percent by 2020, representing a 40 percent reduction from 1990 levels. This reduction is equivalent to closing 400 power stations. New measures may be introduced by a scissor effect: the cost of traditional power sources will rise, while power from photovoltaics will get cheaper, which will reduce installation costs and in the end make the investments more profitable.