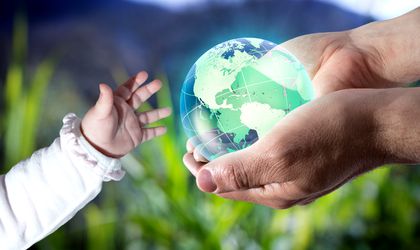 The green certificate market is collapsing, with no registered transactions in May and June, affecting many investors in renewable, especially small and medium producers, according to the Manufacturers Employers Organization of Renewable Energy (PATRES).

ANRE has investigated the bilateral contracts for the sale of the green certificates concluded last year, to see whether there were agreements between operators before the conclusion of transactions on the OPCOM energy exchange, market sources say. The regulator wants to see whether renewable energy producers sold electricity significantly below the market average, along with green certificates at the minimum tariff set by law.

The current scheme to promote renewable energy no longer meets the expectations of investors, with green energy producers requesting an alternative to green certificates, according to ANRE.

“Given that there are enough signals from the producers of electricity from renewable energy sources that the current scheme does not meet expectations and given the example of other EU countries that have created alternative support schemes (e.g. England) , some believe an alternative to the green certificates promotion scheme is desirable,” stated ANRE.

Romania has renewable energy producers with an installed capacity of over 4,500 MW, equivalent to almost one quarter of all units. Most of the production capacities are wind units.

Under the existing scheme, each producer receives from state company Transelectrica, the national electricity producer, free green certificates for the energy produced and delivered into the network. The number is dependent on the technology used.

Producers sell green certificates to suppliers who are required by law to buy them, the aim being that a certain share of final energy consumption is renewable. Suppliers recover costs through the purchase of green certificates which include these costs in the rates.

For many years the authorities have debated ways for small producers of renewable energy to be assisted under regulated tariffs (feed-in tariffs) to sell the energy produced, but this proposal is still under discussion.

Through the feed-in tariffs system, small producers of green energy are guaranteed long-term contracts, and in return receive from ANRE regulated prices, but lower than the price of green certificates.

According to ANRE, in 2016 the market for green energy production must be diversified in terms of technology, to meet the 24 percent national target for the share of renewable energy in the gross final consumption in 2020 and also to be affordable for consumers.

Energy from renewable sources has priority access to the transmission and distribution network where safety is not affected.

The authority states that Romania has already achieved its green energy commitments to the European Commission, but that this is no reason to limit deployments of green energy production units. On the other hand, connection requests to the production network have decreased “significantly” due to the fact that the price of green certificates has reached the minimum value set in legislation.

ANRE investigated the bilateral contracts for the sale of green certificates concluded last year to see whether there had been agreements between operators before the conclusion of transaction on OPCOM energy exchange, market sources claim. The regulator wanted to see whether energy producers from renewable sources sold electricity much below market average, together with green certificates at the minimum tariff set by law.

PATRES representatives point out that the current quota of 11.9 percent as opposed to the initial 16 percent in Act/Law 220, coupled with the 12 months green certificates validity period, will cause significant losses for renewable energy producers.

The organization added, “According to regulations, green certificates are not taxed at the time they are granted or sold. Basically, they are on the road to bankruptcy. The figures speak for themselves.”

PATRES has asked the authorities to launch a consultation process in order to develop an equitable and predictable market for all market participants.

In line with the European trend, on the Romanian market, renewable energy is gaining credibility among private investors. Despite the significant efforts needed, the authorities declared that Romania may reach the overall target under the Renewable Energy Directive by relying exclusively on domestic production. According to Romania’s National Renewable Energy Action Plan, to achieve the 24 percent mandatory target for 2020, the country has to develop 50 percent of the total potential of its renewable energy sources, which will involve significant investments in renewable energy projects.