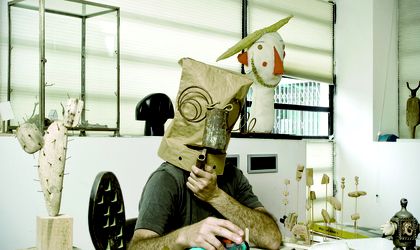 Cervantes Institute in Bucharest inaugurates on Wednesday, 7 pm, in the exhibition hall of the Institute (38 Regina Elisabeta Blvd.) the exhibition of graphic design and book illustration “Collection of Wonders / Colección the asombros” by Isidro Ferrer.

Isidro Ferrer, born in Madrid in 1963, graduated Dramatic Arts and Scenography and at the end of the 80s discovered his affinity for the graphic communication which led him to complete his studies with Peret, one of the Spanish designers with significant international endorsement. He opened his own workshop in 1996, working both as a graphic designer and as an illustrator. Throughout his career he was awarded numerous awards including the Premio Nacional de Diseño in 2002, Premio Nacional de Ilustración in 2006, a European Design Award for Posters in 2008 and he won Silver at the Golden Label Awards in 2013.