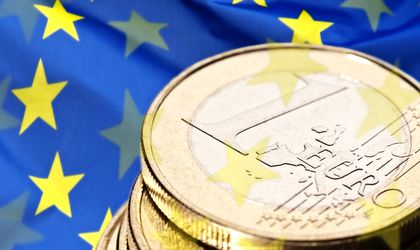 With EUR 43 billion of EU funds allotted over the 2014-2020 period, the government is seeking greater involvement by the banking system to sustain gains in the absorption of EU funds.

Eugen Teodorovici, minister of EU funds, suggested the country would be able to reach an absorption rate of about 30 percent by year end, after the European Commission, the executive arm of the EU, unblocked payments in all operational programs.

According to the Ministry of EU funds (MEF), around EUR 4.7 billion of EU funds have been reimbursed to date, taking the absorption rate close to 25 percent by October.

“Simplification is essential and if we are not able to do it, the absorption will not exceed 30 percent,” said Maria Grapini, delegate minister for SMEs, the business environment and tourism, during an economic policy seminar last week.

She added that the business environment has to regain trust for projects to be submitted. The minister says the reimbursement delays caused losses to some companies that had sought EU money to develop their businesses.

Delays occurred after the EC started to block payments in some operational programs last year, due to allegations of fraud in projects implemented between 2009 and 2011. EU experts cited faulty procurement procedures and the mismanagement of EU money. Romania will suffer EUR 1 billion in financial corrections for the irregularities.

Teodorovici says the current system is fully compliant with the EC request, which triggered the commission’s decision to unlock all the payments last month.

As Romania has the worst absorption rate in the EU, the MEF is currently discussing initiatives to enhance performance in this field with lenders.

“Banks should have the payment function, so that once the payment ticket is issued in the system, the bank or group of banks selected for this function transfer the funds into the account of the contractor,” Teodorovici told BR.

He added that banks could step in to cover payments for a certain period, if there is a funding gap from the state.

The minister says the pre-financing lines provided by the EC in the first years of the new budget could be used by banks to grant financing lines to beneficiaries, including the private sector.

In addition, banks could handle project calls and oversee the implementation period of EU-funded projects, similar to what was done in the pre-accession period, according to Teodorovici.The MEF is currently working with the Association of Romanian Banks (ARB) on the structure of the public acquisition for this project.

“A proposal by the ARB is for banks to get involved in the authorization process of EU-funded projects, so that when a project is approved there is the certainty that it is bankable,” Radu Gratian Ghetea, the association’s president, said during the same seminar.

Bringing in private specialists was one of the urgent measures taken by the MEF this summer to improve the absorption of EU funds. The government hired 39 recruitment companies on a EUR 7.7 million contract to scour the market for specialized staff.

Teodorovici says the private specialists have evaluated the backlog of projects and that the financing contract for eligible projects will be signed this month.

The minister says the involvement of the private sector has paid off, adding that Romania attracted more funds this year than during the 2007-2012 period.

“I hope to relaunch a new framework agreement soon to ensure the same technical support from the market for the coming years,” stated Teodorovici,

The government can use all the help it can get, given that Romania has to spend around EUR 5.5 billion next year in EU funds, to prevent automatic decommittments. This would be done under the n+3 rule, which has been applied this year to Romania and Slovakia, giving them more time to spend cohesion funds.