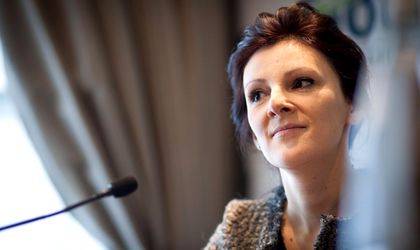 „In this development stage of the company, portfolio performance is fundamental to us and we are glad to see that the H1 2015 gross technical result of the company is positive, amounting to over RON 9 million (EUR 2.03 million).

It is the result of the company’s efforts in taking the necessary steps for building a strong and sustainable operation. Yet there are still steps to be taken forward towards our development model, as we are not set to the maturity level we are expecting regarding the underwritten portfolios in order to maintain a positive net result.

We witness a significant optimization of the net result though, by recording H1 2015 net results of over 50 percent than expected for the first part of the year,” said Anca Babaneata, CEO of Gothaer Asigurari Reasigurari.

The insurance lines of business leading enhanced performances are mainly the agricultural insurances, bonds, but also motor hull insurances, where the efforts of the insurer regarding the portfolio management are notable in the recorded results. Performances in line with the expectations are being noticed in other segments of insurance as well.

Gothaer group’s strategy of entering the Romanian market was based on taking over a small sized company, redirecting a high cost acquisition of a medium sized insurer in investments for a modern, sustainable platform, aligned both to the requirements of the German group, as well as to qualitative European standards.

The insurer is still in its expansion stage, with investments focusing on developing the current operations and aligning to Solvency II standards.

Gothaer is an expanding company, with currently over 180 employees and premiums of RON 84.3 million (EUR 19.05 million) in 2014. The company sells its products via local offices in Bucharest and other major cities in Romania, as well as independent brokers and agents, but also online, via www.gothaer.ro.