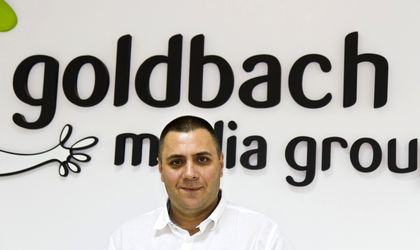 International media group Goldbach has announced that, “due to difficult economic conditions in the first part of 2014, which have yielded poorer results than expected, it has decided to reconsider its presence on the Romanian market, as part of a new strategy in Central and Eastern Europe,”  Goldbach Media announced in a press release on its Romanian official page.

The media group will also exit the Russian and Czech Republic markets and outsource its interactive agency business in Poland. Goldbach Group will also be reconsidering its activity in the Adriatic Sea region by year-end.

“The legal changes implemented in April 2013 have prevented Goldbach Group to diversify across the business lines, according to its initial strategy. The difficulty in acting on behalf of national TV stations as advertising sale agency as well as the evolution of the Romanian economy in general and the advertising market, more specifically, have led to this decision. The management in Romania and Goldbach Group representatives have kicked off procedures to ensure the continuity of the business in Romania and develop relations with the partners, agencies and advertising clients on the market,” the media agency announced in the press release.

Michi Frank, CEO Goldbach Group, commented that “the efforts made in Romania to build the largest network of media channels were successful” and “the local management managed to grow the company’s turnover and develop new business lines.”

“Unfortunately, the lack of predictability, the volatile legal framework as well as the evolution of the advertising market have prevented us from obtaining the results that our shareholders expected. I am convinced that the project in Romania will be continued by the current management and we are prepared to find the best solution in this sense,”  he said.
In picture: Alin Alecu, general manager of Goldbach Romania
Otilia Haraga