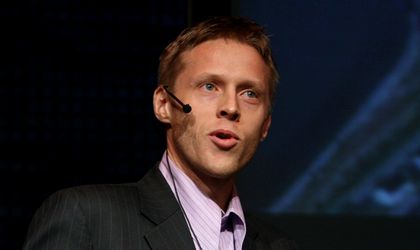 According to Business Insider Australia, Norwegian Gunnar Garfors, known for travelling all the countries in the world before reaching the age of 40, has named Romania among the top 12 countries one must see in a lifetime.

“Transylvania, best known for its castles, mountains, and of course Dracula, will stun you. Not to forget the parties in the capital Bucharest. And Romanians even know how to make great beer,” the Norwegian says.

Not only does our country have good beer, but it’s also one of the cheapest in Europe, according to the website priceoftravel.com, who ranks Bucharest as the second cheapest cities on the continent.

Though he has not visited Bucharest yet, the traveller enjoyed the scenery in Transylvania and the food and parties in Sibiu. When asked by a travel blog who Romanians are most alike, Garfors said we are “similar in some ways with people from Moldova and Germans. But different in many other ways”.

He also had some tips for travellers wishing to take extended trips, pointing out some financial security advice like getting accustomed to the local exchange rate, carrying enough cash but keeping it well out of site, always having small bills and trying to know ahead of time what the “bad places” in a city are, to stay out of trouble.

What’s even more extraordinary about his travels beside being able to reach every country in the world, is that Garfors managed to do so while keeping his full time job in Norway.

“In Norway we have five weeks of paid holiday plus approximately two weeks of national holidays,” he explained. “I have travelled on every occasion, almost every holiday and day off and many weekends”.

Romania is a land of contrast. Business Review helps you make sense of Romania.
Is there something that puzzles you about our country? You might also be interested in this.