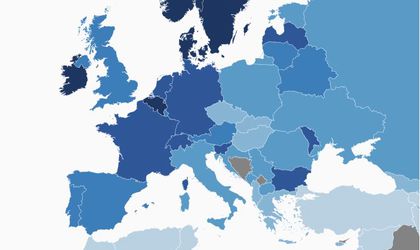 It will take the world at least 81 years for the gender gap to close, according to a Global Gender Gap Report released Tuesday by the World Economic Forum. Romania ranks 72nd out of 142 countries in The Global Gender Gap Index 2014 with a score of 0.694 (0= equality, 1= inequality). Romania lost two positions compared to the same Index in 2013.

Through the Global Gender Gap Report 2014, the World Economic Forum quantifies the magnitude of gender-based disparities and tracks their progress over time. While no single measure can capture the complete situation, the Global Gender Gap Index presented in this Report seeks to measure one important aspect of gender equality: the relative gaps between women and men across four key areas: health, education, economy and politics.

With the exception of Hungary, all of Romania’s neighbors in the region show a much better standing in terms of gender equality: Bulgaria ranks 22nd, Moldova – 25, Serbia – 54 and Ukraine – 56.