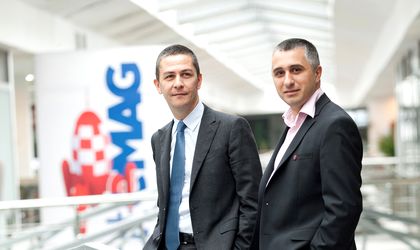 Naspers will buy a 70 percent stake in eMAG, the largest online retailer in Romania and Eastern Europe. The transaction will come into force when the Competition Council gives its approval.

The two founders of eMag, Iulian Stanciu and Radu Apostolescu, will remain in the business, each having a stake of 21.6 percent and 8.4 percent, respectively.

Thus, Stanciu will remain general manager of eMAG, while Radu Apostolescu will continue as development manager.

“We have proven that in Romania entrepreneurship works and one can develop a solid business which is strong enough to make aglobal IT giant to turn you into the flagship for regional development. It is an important step forward for the local industry and a sign that Romanian players can be attractive for international investors,” said Stanciu.

Naspers became a shareholder in the company duet o eMAG’s position in regional retail. The intention of the group is to capitalise on the know-how of the local company and expand the group in the region.

eMAG already had plans to expand on the main Eastern European markets. The first step will be the Bulgarian market, and shortly other markets in the region will follow.

Naspers i sone of the largest online players in Asia, South America, Africa, Russia and Central Europe, with a turnover of USD 5.3 billion posted in the last financial year. Naspers is evaluated at the Johannesbur Stock Exchange at USD 21.6 billion.

In Romania, Naspers also has PayU Romania, and online platforms autovit.ro, mercador.ro, compari.ro. It is also one of the shareholders of Fashion Days.

In China and Russia, Naspers has the platforms Tencent, with over 800 million registered users, and Mail.ru, which attracts 70 percent of the internet traffic in China.

In picture: Iulian Stanciu and Radu Apostolescu, the two founders of eMAG.