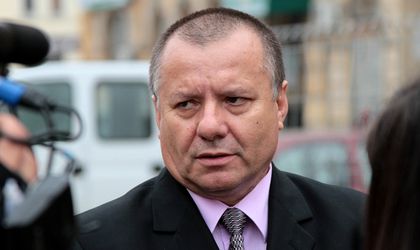 Businessman Georgica Cornu, detained in the case of tax evasion with a EUR 3 million prejudice, was placed under house arrest on Thursday evening, while Cornu’s former associate, Lucian Caraiman, and an employee of Cornu will be investigated under judicial control.

According to Mediafax, Mehedinti Court decided on Thursday evening for Georgica Cornu to be placed under house arrest, and the businessman’s former associate, Lucian Caraiman, and a driver working for Confort, group owned by Cornu, to be investigated under judicial control, in the case in which they are charged with setting up an organized criminal group, money laundering and embezzlement.

Businessman Georgica Cornu was heard on Wednesday at the DIICOT (Directorate for Investigating Organized Crime and Terrorism) Mehedinti headquarters.