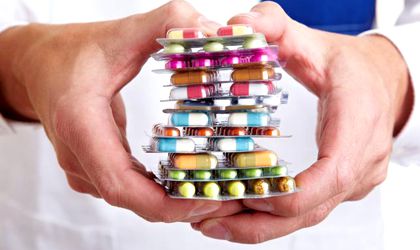 The Association of Generic Drug Producers in Romania (APMRG) has called for the formation of a work group that could facilitate a new way of calculating the price of drugs, representatives say in a press release.

The APMRG states that a new way of calculating these prices is sorely needed, as a way of stopping essential drugs from disappearing from the market and “insuring the continued access of Romanians to treatment”.

About 2,000 generic drugs have disappeared from the market within the past 4 years, with 850 only during the last year.

“The introduction of differential calculus of the clawback tax and a radical change in the pricing of drugs, moving from a strictly financial approach to one centered on the need of patients to find in pharmacies their day to day medicines, are the only solutions to stop the disappearance of drugs from the market and take the local pharmaceutical industry out of the crisis,” said Dragos Damian, the association’s president.

The workgroup should be composed of representatives of the Ministry of Health, the National Agency for Medicines and the National Health Insurance House, drug producers and patient associations, the APMRG states, and should find a way to work out the changes until October 2016, at the latest.

“It’s this government’s chance to really make reform and show that it puts patients and the local economy in first place among its priorities,” added Damian.

According to the press statement, the Ministry of Health assured APMRG representatives that there is “no objection against the introduction of the differentiated calculation of the clawback tax”.