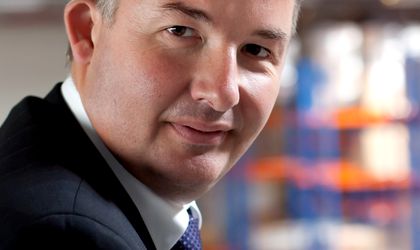 The economic slowdown in Western Europe has taken its toll on foreign companies’ production in Romania as well as on local exporters and implicitly on transport and logistics firms. The trend could well continue into 2013 should alternative export markets not be tapped into, Christophe De Korver, managing director at Gefco Romania, tells BR.

Where do you see growth coming from for the local transport and logistics market and for Gefco in particular this year?

I will start by speaking about what happened in 2012 because it is related. In the second half of last year Gefco faced a worrying evolution – a lot of our main customers dropped volumes, especially because of the effect of the economic situation in Western Europe. The same also happened in Poland and Turkey, two other countries which depend a lot on trade with Western Europe. The case of Romania, however, is a bit strange because a lot of people use the excuse of the political situation but I am not sure it is only that. I think that Romania is one of the countries that have seen strong developments in delocalization over the last few years. Foreign direct investment came later here than to the Czech Republic or Slovakia and this made the shock even greater in Romania once western economies became protective and cut back on their foreign operations. We are affected by this because transport and logistic suppliers depend on delocalization and we’re seeing our business decline.

So without outlining our results, what we can say is that Gefco’s local business in Romania has been pretty ok but all the business related to other subsidiaries, which buy from us, for example, has dropped dramatically.

This is why we are worried about 2013 because we don’t know how this trend will continue. This is why I think we have to focus on new export destinations because we’re really seeing the demand we have for this kind of business in Western Europe dropping and dropping, and by the end of the year it has reached a very, very low level.

The alternatives are the east – Russia and the Middle East. Now that our main shareholder is Russian (e.n. Russian Railways, RZD, bought 75 percent of Gefco from  PSA Peugeot Citroen at the end of last year) we have the perfect opportunity to transport products to Russia, Ukraine, Kazakhstan and Belarus. Another alternative is the Middle East market and South Africa.

But are Romanian companies looking to do business on these markets?
We a analyzing this but when there is a country like Iraq which is undergoing reconstruction there should be demand. And people often say to me that if one has a good product at the right price why go to Germany to buy it if it is available in Romania? There is also the political aspect but, nevertheless, demand will follow.

We have also just opened a subsidiary in South Africa and we are able to manage shipment there very well.

We’re focusing on these alternatives because we believe this is the future.

I don’t think Western Europe should be a trade target for Romania today. We have the advantage of having strong support from Russia but we are also looking at the Middle East and South Africa because we think this is where growth will be coming from.

There is also the advantage of access to Constanta. The port has the right infrastructure in place and normally there is no reason for a Romanian exporting company to say it cannot transport and deliver from there. Constanta can only grow through local business and I suppose Romania simply does not export enough.

What sort of goods could Romania export to these markets?

Iraq is clearly a country in the process of reconstruction so it needs everything from construction materials, equipment, white goods and electronics to cars. So, all mass production goods can be exported there.

In South Africa we’re seeing demand for competitive goods at lower prices than those available there. Romania could even export wine there at the right price although the country is a producer itself. Everything that Romanian companies were exporting to Western Europe they should be able to sell in South Africa.

The Russians too are spending more and more. The country is a big consumer market and it has to import to meet internal demand.

What do you think will be the greatest challenges for the industry and Gefco in particular this year?

The economic situation in Western Europe will continue to be a challenge.

Another challenge, of course, is what the new government is going to do about the infrastructure. Given the recent elections I hope that there will be more stability and more investments, durable investments. In the case of motorways I hope they will really focus on projects that have already begun. The same applies for railways.

To give an example, if we have a truck unloading in Craiova and than we want to reload it in Bucharest the distance can be covered in six, seven hours which is close to a whole working day for the driver. He can only drive for ten hours.
We would make enormous savings with a motorway between Craiova and Bucharest, for example, and this would also mean lower prices for our clients. It would be a win-win situation.

Romania also needs to consider that there is going to be another big competitor for Romania in the region which will be Croatia. The country has a great port in Rijeka with a great inland railway connection. A company located in Timisoara will prefer Rijeka to Constanta if their containers are delivered faster and makes more business sense. This is why the infrastructure is so critical.

Do you have an estimation for the value of the Romanian transport and logistics market and its evolution over the past couple of years?
In 2011 the Romanian transport market – direct and indirect transport coming from forwarding companies – stood at EUR 780 million. We don’t yet have the figures for 2012 but I estimate that the volume did not really increase that much. There has been major impact owing to the disappearance of the number one transporter (e.n. Edy Spedition). So I estimate in 2012 it was around EUR 800 million.

The idea is that we should be able to reach EUR 1 billion. This is an achievable target but it is hard to say when exactly the market will grow to this level. It is achievable also because Romania should remain a strong transit country and even if local consumption does not increase that much.

In 2011 the market grew compared to the previous year but below the levels registered before the beginning the crisis. This is not necessarily because of lower volumes but one also needs to understand that since then, prices have been constantly decreasing. This is one of the reasons why a lot of transporters are having problems. Volumes are going lower but so are prices. It is becoming an increasingly competitive market.

Who are your biggest Romanian clients?
Our most important clients are in the automotive industry but also car parts manufacturers. This generates about 65 percent of our business. We also work intensively with white good manufacturers – Artic, Electrolux and others.

We are very dependent on our main clients. Some 80 percent of our business is generated by our biggest 25 clients. We also have some smaller clients. In 2012 we gained Pick Toys and Nefab.
In the industry we continue to work with Alro, Vimetco, Slatina, and Timken. However, all our clients are telling us that at the moment they are struggling. I don’t need to give particular names. Over the past six months, although we haven’t lost any of our clients, all of them are downsizing their business. Not only in relation to Western Europe but also the USA.

What were Gefco’s financial results in 2012? What about the local subsidiary’s contribution to the group?
I can tell you our turnover reached EUR 43 million in 2011. The figures for last year are not yet out. We had a slight increase coming from our local clients but a big drop from our internal customers, meaning the Gefco and Peugeot Citroen business.
General cargo road transportation generated 55 percent of our business followed by car transport and logistics with 30 percent, overseas makes up 10 percent and logistics 5 percent.

We generate about 10 percent of the revenues in the region, meaning Central and Eastern Europe and including Turkey. Romanian operations are in sixth position, behind Russia, Poland, the CzechRepublic, Slovakia and Turkey and ahead of Hungary, Austria, Ukraine and the Baltic countries.

Do you plan to launch new services this year?
We are going to push the custom services a lot. We already do it in Bucharest but we still outsource in Arad and some of it in Constanta. We are still developing our activities in Constanta a lot through our partner there. We are also looking at our future in Arad because our site is a bit small and we have temporarily taken one more warehouse. And we are looking at Satu Mare.