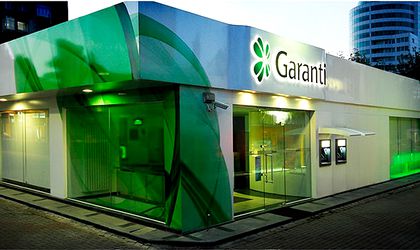 Garanti Bank registered a RON 55 million (EUR 12.47 million) net profit at the end of June, the results in the second quarter playing a significant role in this respect, show the company’s latest data. As such, the bank’s net profit reached RON 33.3 million (EUR 7.55 million) in Q2, a 53.5 percent increase quarter-on-quarter.

Garanti Bank is present in Romania since 1998, reaching an extended network of 84 branches and over 300 intelligent ATMs that can be used by anyone, not just bank customers, for transactions with or without cards.

At the end of July this year, the international rating agency Fitch Ratings upgraded the ratings of Garanti Bank. Its long term IDR was upgraded to ‘BBB-‘, from ‘BB+’, its short term IDR to ‘F3’ from ‘B’, and its support rating to ‘2’, from ‘3’.