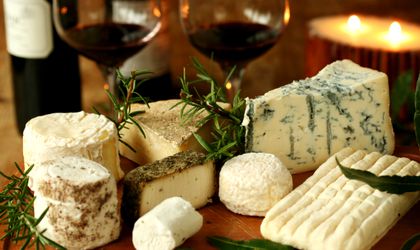 „Creativity and Audacity” is the motto of the second edition of „Fete de la Gastronomie” which will take place this year between 25 and 27 September. The French cuisine and wine tastings will delight you for several days in the hotels, bistros, wine-bars, bakeries and hypermarkets, partners at the 2015 edition of Fete de la Gastronomie.

Fete de la Gastronomie has already enjoyed a wide popularity in 2014, with more than 1,000 participants at 50 events. The gastronomy is part of the cultural patrimony of the French identity, more and more often included in the dynamics of the French community in Bucharest, as shown by the increasing presence of restaurants, product suppliers, bakeries and wine shops in the capital.

The event aims at valuing different actors from the food and wine industry, and bringing into the spotlight the excellence of the French savoir-faire and the quality of products, with a number of professionals from different sectors working on common projects. This year, 31 partners have accepted the invitation to support the Fete de la Gastronomie and celebrate together the French taste in different places from Bucharest. The special guest in 2015 will be Simone Zanoni, Chef at Gordon Ramsay at the Trianon, Versailles, France and John Euvrard, Best Sommelier of France in 2007.

Initiated in France, in 2011, the year when French gastronomy became part of the UNESCO patrimony, this event acquired an international dimension, in order to promote French products among experts and a large audience.

The French Chamber of Commerce in Romania (CCIFER), along with The French Embassy in Romania, The French Institute and Business France, invites you to value “the culinary art à la française, during the events organized by our partners.

You can find more details about the events on the dedicated FB page of the event Fete de la Gastronomie.