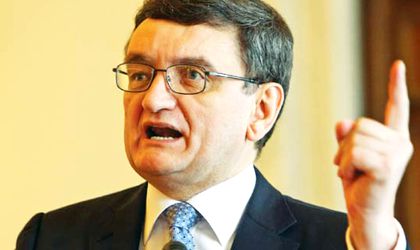 Former prime-minister Victor Ciorbea has been selected as ombudsman, after a vote from the two Chambers of Parliament. Ciorbea’s appointment received 306 votes “for” and 2 votes against.

Several PSD parliamentary groups made the nomination to appoint Ciorbea as ombudsman for a 5-year mandate that can be renewed one time.

Originally a trade unionist (between 1990 and 1996, he was leader of the Federation of Free Trade Unions in Education, FSLI, and, between 1990 and 1993, leader of the nation-wide National Confederation of Free Trade Unions of Romania – Brotherhood) and member of the National Peasants’ Party (PNȚCD), he was backed for the premiership by the Romanian Democratic Convention after the elections of 1996.

He resigned following a conflict with PNȚCD leader Ion Diaconescu, moving on to found the minor Alianța Natională Creștin Democrată (the National Christian Democratic Alliance, ANCD), which merged back into the PNȚCD after the latter lost the 2000 elections, and soon after became leader of the reunited party.

In 2012, as a member of National Liberal Party, he was elected an senator.