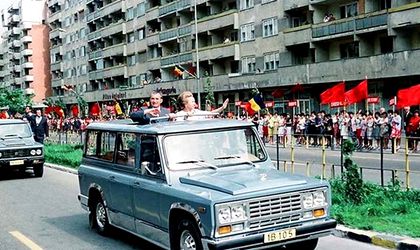 Romania’s Fiscal Agency announced will auction of Nicolae Ceausescu’s car. The rover was owned by Ovidiu Teder, one of Romania’s richest businessman, currently imprisoned.  The car was confiscated by the authorities a few years back, afetr the sentence. Former Romanian communist dictator Ceausescu was ousted and executed during the 1989 anti-communist uprising. Decades later, he continues to fascinate.