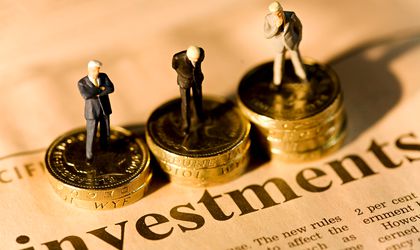 According to data released by the Foreign Investors Council, foreign investors’ view on Romania’s attractiveness and growth perspectives remain mostly unchanged compared to March 2015, while the legal and administrative sectors remain our country’s weakest points.

Result of operations and business outlook

The number of respondents seeing revenue growth remains close to 60 percent compared to March 2015 of 62 percent, pointing towards a stable and positive sentiment. However the number of respondents that felt a significant growth have gone down from 14.28 percent to 7.4 percent compared to an increase from 48.5 percent to 51.9 percent of respondents who expect a moderate revenue growth. Another positive aspect noted is that none of the FIC members that responded expect a significant contraction, but FIC members expecting somewhat contraction grew from 2.86 percent to 7.4 percent, indicating sector specific challenges.

The overall outlook for capital investments remain substantially the same from March 2015 to September 2015. However, there is a marked increase in respondents noting the higher level of attractiveness of Romania compared to their group peer locations. 44.4 percent of FIC members that responded noted improved attractiveness in September 2015 compared to 28 percent in March 2015, indicating the potential Romania has to offer.

The fiscal, legislative and administrative capacity issue is still one of the biggest challenges. Given the relative economic potential, there is still a large number of FIC member businesses that are concerned with the legislative and administrative burden and consider it be one of the key hurdles in achieving the potential. An overwhelming number of respondents feel that the lack of competitive bureaucracy and transparency is limiting the achievement in business. 85 percent of the respondents feel bureaucracy to uncompetitive and 80 percent of the respondents feel there is a lack of transparency in legislative developments and initiatives. 65 percent of the respondents said the regulatory burden is uncompetitive. A similar sentiment is voiced in the availability of good infrastructure whereby 67.9 percent voiced their concern on the lack of competitive infrastructure with 26.4 percent feeling it to be very inadequate and 41.5 percent noting it as moderately uncompetitive.

In their effort to provide further input FIC developed its business sentiment index to bring its members assessment of their expectations of results of operations and growth expectations, capital investment outlook for the coming year, attractiveness of Romania compared to other similar geographic locations of their respective group companies, workforce plans and administrative, legislative and fiscal environment when conducting their businesses.

The questions in the business index refer to the sentiment and expectations for the following 12 months.