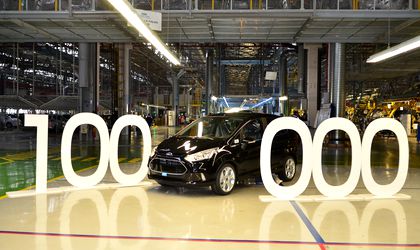 US-based car maker Ford has announced on Monday it had produced the 100,000th B-MAX at its plant in Craiova, southern Romania.

The car was produced for a customer in Romania and is fitted with a 1 liter EcoBoost engine, which is also manufactured in Craiova.

“This is a special achievement both for out brand, and the team at Ford Craiova,” said Vic Startek, general manager auto vehicles operations, Ford Romania.

“We are very proud that we make such an ingenious and smart vehicle such as the B-MAX and that we have made 100,000 units in just 18 months since launching the compact mini multi-purpose vehicle (MPV),” he added.